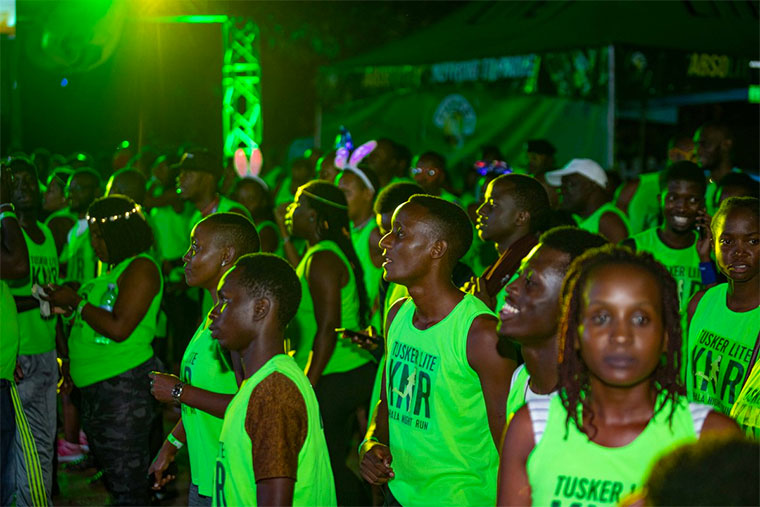 The second edition of Tusker Lite’s Night Run took place on June 2 at the Torino Bar and Restaurant in Kololo.

The annual event drew a big crowd and by 7pm, patrons were trickling into the venue. The event was headlined by Winnie Nwagi and Irene Ntale, but also featured Pallaso, B2C Boys, The Hit Nature Boys and Party Dancers, whose songs added life to show.

This is a music event designed in a mini-marathon form, to showcase outstanding talent in emerging genres. Some revellers even brought their children and face painters kept them busy as their parents nursed a few bottles of beer.

The run was three kilometres, flagged off at 7pm starting and ending at Torino. Different prizes were awarded to the runner with the fastest time, the most creative runner, the most stylish runner, the most “lit” runner and best squad, among others.