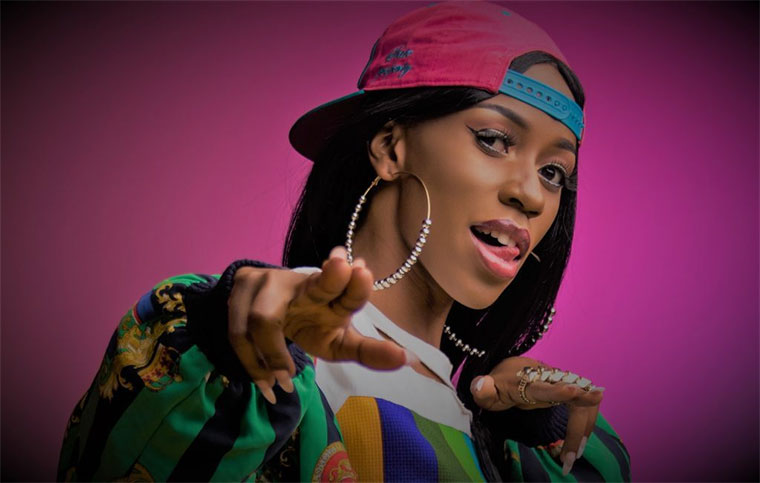 Just two years into her Swangz Avenue contract, and Vinka – real name Veronica Luggya – has reeled in the big fish in form of a Sony record deal.

This was confirmed by a post on Swangz Avenue’s page stating that their dancehall artiste had signed with Sony. Vinka came into the limelight two years ago when her bosses at Swangz took her out of the kitchen of artiste management, to the high table as the dancehall artiste on their label.

Despite a resultant fallout with the artiste she used to manage – Irene Ntale, who even left Swangz – Vinka enjoyed instant success with several hits including Malaika, Overdose, Chips Na Ketchup, Love Doctor and many more.

From the most-trolled artiste (thanks to the Ntale beef), she quickly became one of the most booked artistes currently. At the beginning of the year, she announced that she would be releasing a song and video every first day of the month for 12 months and she has lived up to that, so far. Her sixth video is scheduled for June 1.

Vinka joins other African stars signed to the label such as Wiz Kid and Davido. Nigerian star Tiwa Savage recently got signed to Sony’s rival Universal Music. Tiwa was previously signed to Sony and that deal propelled her to continental stardom. Can Vinka expect such appeal too?

The Sony deal allows Vinka to retain her management at Swangz Avenue, a point of contention that had reportedly delayed the deal for about two months. Sony eventually agreed to let Swangz work on the artiste’s strategy, since they understand the artiste and market better.