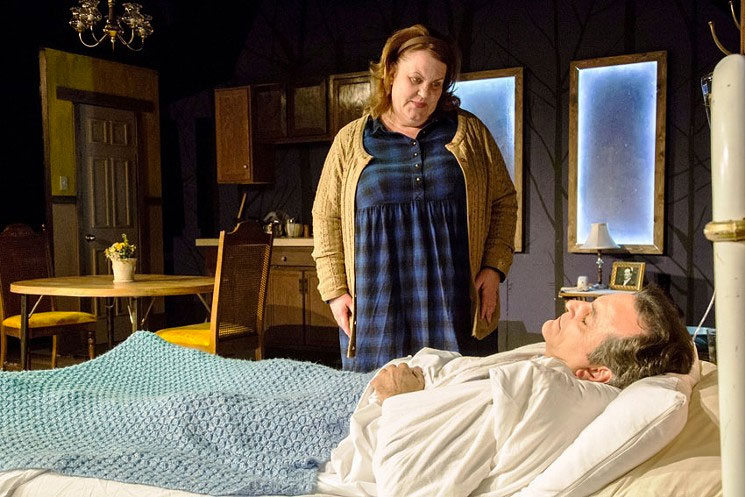 The invention of computer-generated imagery (CGI) has caused a rise in lazy moviemaking, which has forced me to look far into the past for a great satisfying movie experience.

The over use of CGI has given us many forgettable movies, such that you cannot remember movies that are as recent as last year.

When I stepped onto the turn back pendulum, I encountered the 1990 adaptation of a Stephen King novel, Misery.  The movie adaptation of this psychological horror is one of those rare beauties told from the antagonist point of view.

As he travels to hand in the script to the final novel in the Misery series, Paul Sheldon is caught in a blizzard which send his car skidding off the road and overturning and rendering him unconscious.

When he comes to that, the good news is he is in a soft clean bed all cleaned up and receiving medical attention. The other good news is his messiah is a nurse by the names of Anna Wilkes.

However, the bad news is that she is his number one fan on a personal and professional level. And worse news is, she wants him to correct what she calls the mistake he made in his previous book when he killed and buried Misery Chastain.

What starts off as a number one fan grows into love for Paul, which morphs into obsession and escalates into a nightmare. Suffering from psychopathic tendencies, she puts him through ever increasing patches of psychological abuse that she calls love and affection.

The most unsettling thing about Anna Wilkes is how she constantly switches from a kidnapper, to an under appreciated nurse, to a loving wife, to a psychopath, all in under a minute.

This movie gave us one of the most iconic big screen characters of all time – something that keeps the viewer glued, trying to guess as to who she might morph into the next second and how much damage she can do in that persona.

She can go from energetically debating the ongoing novel manuscript in one second to taking a sledge hammer to the already broken legs of Paul Sheldon trying to save him without breaking a stride while simultaneously professing her love for him.

The cleverness with which Rob Reiner plays around with the wide, long and close shots helps give us the in-depth understanding of the serial killer portrayed by Kate Bates who many people mistake to be the mother of Norman Bates.

It was so refreshing to once again watch a movie whose whole environment is portrayed and driven by real acting rather than a couple of cut CGI scenes thrown together to mimic real actors of substance but also so disappointing that I had to turn the pendulum so far back to 1990 to enjoy an incredible movie.