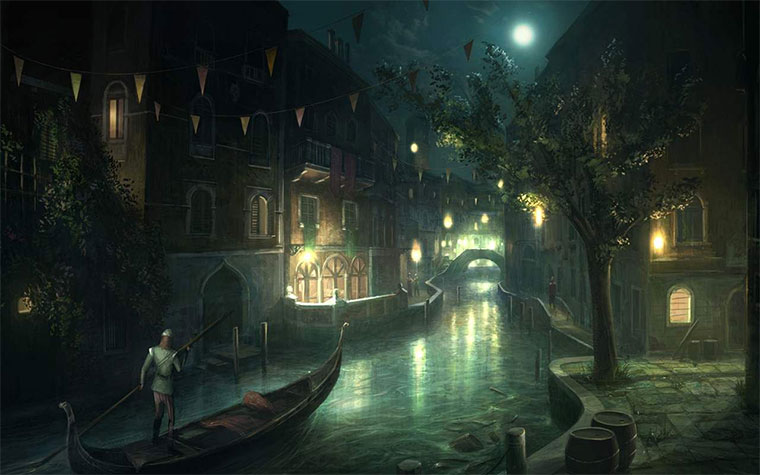 The fantasy genre is supposed to be vibrant and rich, but sometimes it can get a little stale. Readers eventually fall into a rut where they know exactly what to expect.

Camorr, the setting, feels a lot like some Spanish or Italian community from centuries past. The city was built on the glasslike ruins of an ancient civilization that has long since gone extinct.

Life in Camorr is a strange blend of magic and science. The supernatural once ruled the world. But then it faded and now its remnants run the city, giving Camorr steampunk aesthetic. Camori society follows a strict hierarchy; the noble families stand at the top of the pyramid, the common man occupies the center, and the criminal brings up the rear.

No one knows where Locke came from. At six years of age, he was adopted by The Thiefmaker, a nefarious figure whose job was to take in all the unwanted children of Camori society. He claimed to care for them but in truth, he trained them, corrupting and deploying them into the city as part of the largest network of thieves Camorr had ever seen.

And at six, Locke’s ego, unrivaled cunning, and penchant for making every bad situation infinitely worse, overwhelmed even The Thiefmaker’s considerable talents. So, rather than kill him, The Thiefmaker sold Locke off to Father Chains, a blind priest to a nameless god.

In the company of Chains, Locke would thrive. He would master his skills, find his clan of equally talented troublemakers, and finally emerge as the Thorn of Camorr, the garrista of the Gentleman Bastards, the city’s most infamous gang.

Forget everything you think you know about Medieval Fantasy. On the surface, The Lies of Locke Lamora looks like just another story about a young thief, but take a closer look, and you will notice it is also far more layered.

Camorr is built on lies. The nobles rule the light. They claim to stand for justice and truth and the worship of the 12 gods of the land. But Capa Basarvi rules the night. Protected by a treaty he reached with the nobility of Camorr, he terrorizes the poor and the desperate. He lines his pockets and sees to it that the criminal element of the city thrives alongside him, so long as they steer clear of the nobility.

But Locke does not play by the rules. Locke is a terrible man who lies, cheats, and steals for his own selfish gain. And yet more devious political forces stalk the halls of his town, and he might be the only terrible element that can save Camorr.

This book is thick with so much tension. Rather than fantastical battles and explosive sword fights, Scott Lynch, the author, draws excitement from all the political, social, and criminal machinations in play.