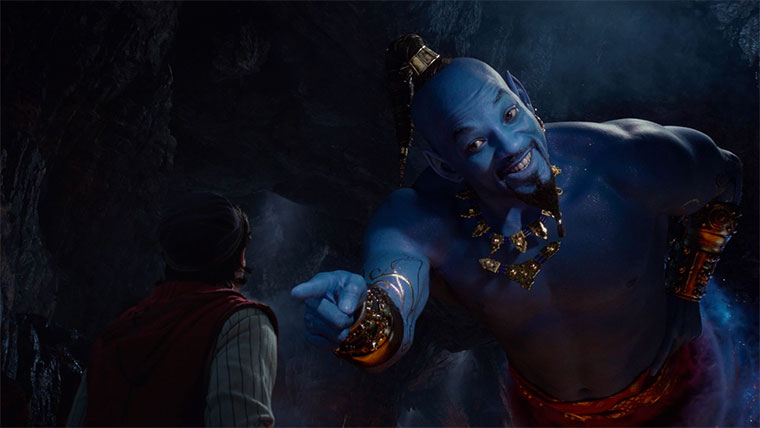 Disney’s 2019 live action Aladdin is actually a remake of a beloved 1992 animated movie. And that animated movie was inspired by One Thousand and One Nights which is a collection of fables from the Middle East.

People love Disney’s original collection of animated movies, and they have shown fervent appreciation for the live action remakes, with Beauty and the Beast being the most successful of the bunch, so far.

The live action version of Aladdin follows the exploits of a young street urchin who falls for a princess. But because of the social norms of the times, Aladdin knows that his romance with Jasmine can never be.

Society would never permit a worthless beggar to wed a princess of Agrabah. Aladdin’s fortunes change when he finds a magic lamp and realizes that the genie within has the power to turn him into the prominent, wealthy, socially acceptable prince that Jasmine could love.

He does not know that an evil wizard is hellbent on using the genie’s magic to rule the world. I don’t understand the draw of these movies. Disney’s live-action remakes are, for the most part, carbon copies of the original animated films. And if the trailers are to be believed, then this latest incarnation of the classic Arabian tale won’t stray that far from its predecessor.

Additionally, no one associates Guy Ritchie’s name with fairy tales. The English director has a reputation for creating violent, fast-paced, deeply British cinema.

The man who made Snatch and RocknRolla should not be adapting classic Disney cartoons; yet, Disney saw fit to assign him the project. For that reason alone, none of us know what to expect. And that is a good thing.