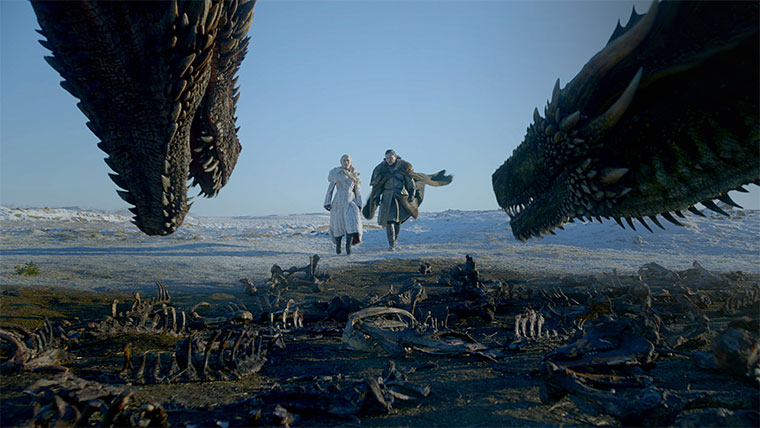 “None of it mattered!” This is what I screamed as I banged my table like a petulant child on a Monday night several weeks ago after the third episode in the final Game of Thrones season ended.

The Night King was dead, the North was saved, and so many questions had gone unanswered. All the prophecies were rendered moot, the Lord of Light’s seemingly meticulous plan suddenly looked like random meandering, the spiral symbol was completely ignored, and the battle tactics made absolutely no sense.

“None of it mattered!” This is what I screamed – again – as I banged my table – again – on another Monday night as the 5th episode (The Bells) came to an end. The plotting, the scheming, Varys’ seemingly impeccable intellect, Tyrion’s better judgment, Cersei’s bloody baby, Euron’s war with his sister, all of Dany’s talk of breaking the wheel and walking the righteous path – and the fact that she could have leveled the Red Keep and that would have satisfied her vengeance. It was all thrown aside for spectacle.

Now the finale has come and gone, and what do you think I did on that inauspicious Monday Night?

Obviously, I banged my fists against my table like a toddler throwing a temper tantrum and screamed, “None of it mattered!” a few dozen times.

And just so we understand where I am coming from, this episode (The Iron Throne) had me from the very first scene. There was something so morose yet beautiful about Dany’s army of savage barbarians, all arrayed in black, standing in neat lines in a city coloured grey by ash.

The somber nature of Tyrion’s sojourn through the ruins of King’s landing easily tagged at the heartstrings, what with the tortured faces of the dead and the pained cries of the dying, the air choked with dust, Dany looking all majestic as she looked upon her grotesque work with gladness.

I loved the torment in every line of Jon’s face as he considered what had to be done, his engaging conversation with Tyrion about the future and, of course, that awesome scene with the dragon, with Jon the lone figure in an ashen landscape watching as a massive winged creature, even darker against the bleak sky, loomed over him.

I passionately berated Jon for his stupid honor that would not let him betray his queen and then cheered when the most unexpected twist happened. Had this episode ended there, I might have praised it.

All the consequences, not just of Jon’s actions but also of Dany’s massacre, they all happened off-screen. The measures Arya would have taken to claim the queen’s head, the mad dash back to Winterfell, the preparations they would have made to combat the Unsullied, the effect of Dany’s death on her people and the Kingdoms at large, they just brush it aside because none of it matters.

Jon Snow being a Targaryen and a Stark did not matter. Okay, yes, Jon did fulfill his mission. The great darkness he had to overcome was Dany, not the Night King. And in that regard, I guess this episode was clever. And yet…I’m left very discontented.

And that last scene…I wish I knew how to scoff in words because…really! That was ripped straight out of the Lord of the Rings. If you watched or read The Return of the King (I urge you to read the book even if you watched the movies), then you know that once his adventures end, Frodo sits down and compiles his adventures into The Hobbit (Written by Bilbo) and The Lord of the Rings, binding them together to form The Red Book of Marshes.

So, that final scene…this finale…? I can’t, I just can’t. None of it matters!