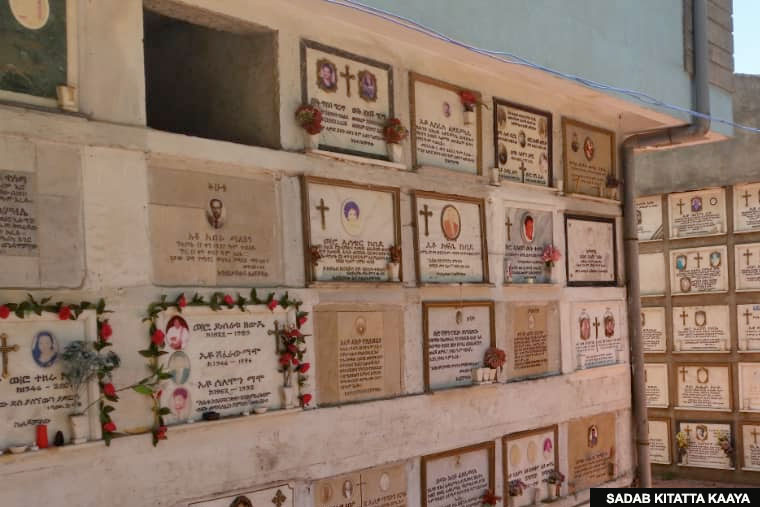 For all delegates to this year’s World Press Freedom Day global conference in Addis Ababa, the Ethiopian government organized free tours to some of the country’s historic sites as well as the eastern industrial park – Ethiopia’s oldest industrial park developed by a Chinese investor.

My interest was in a trek to Mount Entoto because of its historic importance to Ethiopia. It is on this Mountain that Emperor Menelik II who ruled Abyssinia (Ethiopia) between 1844 and 1913, built his palace.

The mountain is considered sacred, and is a home to a number of monasteries and churches. By the time I was through with the immigration processes, the buses to the mountain had left, so, I missed the trip.

Danny Tesfamariam, a taxi driver, soon became my guide around the city. The first stop was at the round-about on Churchill road, at the monument of the battle of Adowa. The gunship in the middle of the roundabout symbolizes the decisive victory the Ethiopian forces, under Emperor Menelik II’s command, registered against an invading Italian force on March 1, 1896, near the town of Adowa.

“Because of that victory, Ethiopia was not colonized,” Tesfamariam said, before we hit the road for another monumental site.

The Kidist Selassie, Amharic for the Holy Trinity Cathedral, is located a few metres from Ethiopia’s parliamentary buildings. This cathedral is the second most important place of worship in Ethiopia, specifically to adherents of the Ethiopian Orthodox Church.

Orthodox Catholicism has a vast following in Ethiopia, and it is no wonder that one of the Patriarchs (Popes) in the Orthodox Church sits in Addis Ababa.

“You have to pay 200 Birr (about $7) to be allowed in otherwise, you will not be allowed to take any photographs,” Tesfamariam told me.

After visiting the tourism office of the Diocese of Addis Ababa, I was now free to move around the Cathedral, which is not only a place of worship but one where you will find tombs of all the prominent personalities that Ethiopia has had in recent times.

Tesfamariam excused himself to go and prostrate before images of the holy trinity in the Cathedral’s compound. Because he is not fluent in English, he failed to explain why almost everyone entering or exiting the Cathedral compound had to make the sign of the cross several times before prostrating before the images locked in a glass casing.

Eskedar Tilahun, an administrator at International Livestock Research Institute saved the day. Tilahun had come to attend the funeral of her friend’s husband but since she was too early, she offered to show me around.

She then led me to the statues of Abune (Pope) Paulos, Abune Merkorewos and Abune Tekle Haymanot, and eventually to the tomb of former Ethiopian Prime Minister Meles Zenawi.

“He [Zenawi] is not the only one buried here, most of the high ranking government officials, celebrities and religious leaders are buried here,” Tilahun said.

A soldier from the country’s elite force on guard at Zenawi’s tomb cautioned us against entering a small room at the back of the tomb, and Tilahun, despite my inquisitiveness was unwilling to ask the Amharic-speaking soldier why.

A few metres from Zenawi’s tomb stood a statue in memory of Ethiopian nationals killed during World War II, but the plaque on the monument defeated even Tilahun.

“It is written in strong Amharic church language,” Tilahun said as she took her time to read through, before she was disturbed by guides leading other tourists.

“I am also trying to read but they used the language of the church I don’t clearly understand,” she eventually said. The soldier guarding Zenawi’s tomb pointed to another plaque with softer writings.

“This monument was put here in memory of the people that were massacred by Mussolini during the Italian occupation. He used chemical gas to kill more than 36,000 people,” Abush Marago, a tour guide said.

The adjoining cemetery is where the patriots of Ethiopia are buried. Here, you will find the first surgeon, veteran journalists, high ranking soldiers, ministers and another personality credited for having contributed to the country’s growth.

Emperor Haile Selassie and his wife, Empress Menen Asfaw were buried inside the cathedral. Haile Selassie, revered as the ‘Lion of Judah’ in Ethiopia, was buried on the right side of the altar, while the empress is to the left. Selassie facilitated the construction of the Cathedral between 1931 and 1936.

“Construction of the Church stalled after 1936 for five years – from 1936 up to 1941 – because the Italians had exiled Emperor Haile Selassie. When the Emperor returned, construction of the church resumed and was completed in 1944,” Abush said. 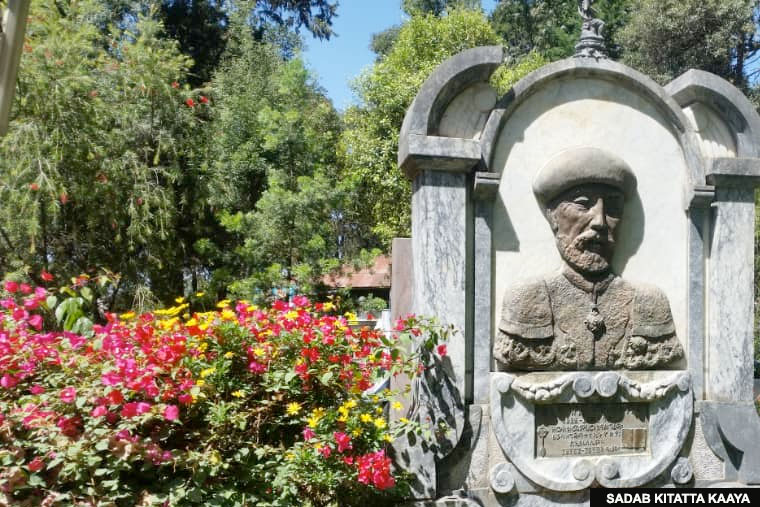 Like in an Islamic place of worship, you have to remove your shoes before entering the cathedral, and once inside, men are not expected to mix with women. Abush, Tilahun and others did not enter, which left the tourists inside the cathedral to rely on worshippers we found inside.

I was lucky that my religious driver, Tesfamariam, had again come in to say a few prayers and he was able to show me a few things before the English language defeated him.

Back to Abush, he took us to a memorial of Haile Selassie’s ministers who were massacred by the Derge, the Mengistu Haile Mariam-led communist party following the overthrow of Emperor Haile Selassie in 1974.

About 10 metres away is a museum where a collection of artifacts from as far back as the 13th century are displayed.  Most of the pieces in the museum are connected to the Ethiopian Orthodox Church.

No photos were allowed here.  At its back is a mausoleum where bodies of Ethiopia’s wealthy and mighty are buried at high cost.

For a moment, I kept wondering how someone pays Shs 7.5 million to have his body kept away in a hole in a wall for seven years!

But then, only two boxes remained unoccupied; clearly, it makes a lot of sense here.