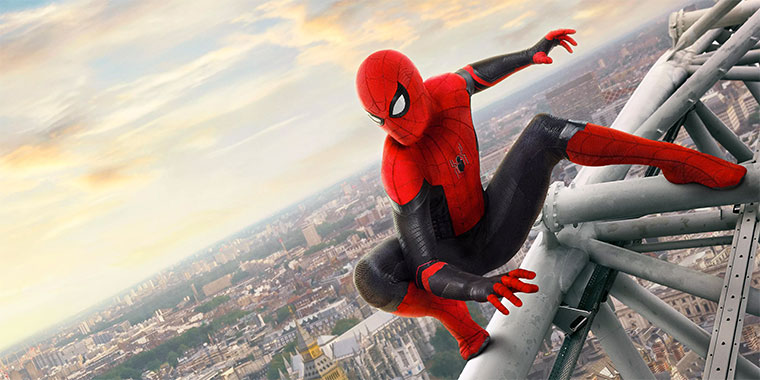 Three weeks after it first premiered, the world is still basking in the glory of Avengers Endgame. So, no one is surprised that Sony decided to release the second official trailer of Spiderman: Far From Home now.

Naturally, their intention is to use the momentum of Endgame to boost interest in Far From Home. The tactic makes sense; Far From Home will be the first movie to explore the Marvel Cinematic Universe (MCU) in the aftermath of Endgame. And the second Far From Home trailer is leaning heavily into the film’s connection to the fourth Avengers movie.

The first trailer hinted at the fact that Peter Parker had not only survived the events of Infinity War, but that circumstances had now swept him off to Europe where he would face off against the mysterious Doctor Mysterio.

But that original trailer seemed completely divorced from the occurrences of the Avengers movies. Indeed, it was postulated by some that Far From Home would be a prequel, taking place some months, possibly even years before Infinity War. Well, the second trailer has now blown all those predictions out of the water. Far From Home is set in 2023, five years after Infinity War and a few months after Endgame.

Peter Parker is still in mourning following the death of Tony Stark. In a way, I suppose this counts as his ‘Uncle Ben’ moment. And yet life must go on. A new threat has emerged in Europe; a destructive collection of elemental monsters. The only man standing in their path is Mysterio, a heroic figure from a parallel earth that will give life and limb to keep these creatures from unleashing the same destruction he saw on his world.

But after fighting a losing battle on Titan and watching his father figure perish, Peter just wants a few days off to catch his breath, and pursue a normal childhood with his friends. And yet life has conspired to throw him on a collision course with an enemy that might exceed even his considerable abilities.

We learned months ago that Far From Home would officially bring the third phase of the MCU to an end. But most of us did not buy that. These Spiderman movies are meant to stand on their own, to provide glimpses into the ordinary life of a somewhat extraordinary young fellow destined to fight enemies that are not quite strong enough to warrant the attention of the Avengers.

And that will most likely remain unchanged with Far From Home. This is Peter Parker’s story. He is the star of the show, not the MCU. But this trailer also suggests the movie will blow the doors to the MCU’s future wide open.

It tells us that Thanos’ actions brought the multiverse into existence, and that we can expect to explore this new corner of the MCU in greater detail down the line, possibly even delving into the multiversal Avengers – a concept from the comic books.

We also know that people are looking to Spiderman to step into Tony Stark’s shoes, not as the next iron-clad hero but, rather, a leader, a visionary, a force that will draw earth’s mightiest heroes into a cohesive unit that can fend off the next great threat. Whatever this movie does, expect it to make a lot of money, if only for the respect it will pay to Tony Stark.