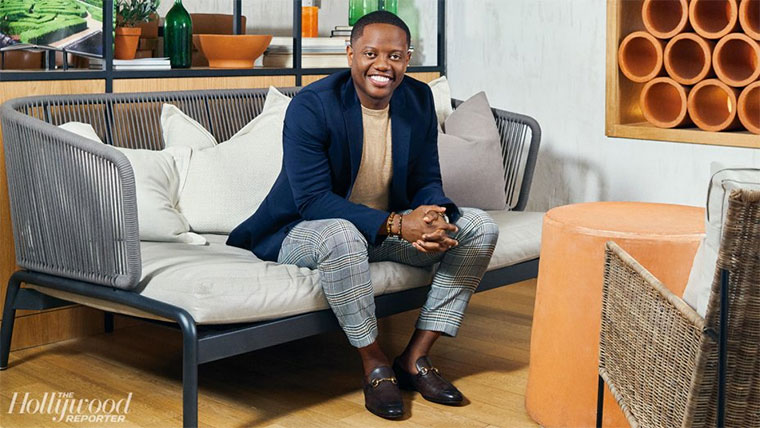 When Lameck Humble Lukanga was studying finance at the University of New Mexico, he read about the large number of pro athletes who went broke in retirement.  Lukanga knew, on the surface, that he had little in common with linebackers and power forwards. After all, he had spent his early childhood in Uganda, merely trying to survive.

But Lameck Humble Lukanga felt he could relate to many of the athletes on one important level.

“I couldn’t imagine escaping poverty and then going back,” he said in an interview, one of only a few the normally circumspect Lukanga has given. “So, I became almost obsessed with this epidemic that nobody was caring about.”

It was an obsession that recently helped him rescue Lonzo Ball of the Los Angeles Lakers from potential ruin. In the process, Lukanga, a financial adviser with a growing reputation in Hollywood as a behind-the-scenes power broker and sage, found himself in an unfamiliar role: whistle-blower.

Last fall, Lukanga was doing Ball’s accounting when he discovered that about $1.5 million was missing from Ball’s personal and business accounts. Lukanga alerted Ball, who has since sued Alan Foster, a business partner and family friend, for more than $2 million in damages as part of a lawsuit that alleges that Foster embezzled money from Ball and Big Baller Brand, the sneaker company that Ball co-founded.

On Wednesday, The Los Angeles Times reported that the FBI was investigating the matter. A spokesman for the agency declined to comment. Lukanga and Ball declined to discuss specifics of the case, citing continuing legal proceedings.

He added: “We’ll have a two-hour meeting set up, and I’ll end up talking to him for eight hours. There’s nothing fake coming from him, which is hard to find these days.”

Lukanga now works with about 40 clients in sports and entertainment, including the NFL players DeAndre Hopkins and Darius Slay and the actor Issa Rae, and manages more than $120 million in assets, according to recent filings with the Securities and Exchange Commission.

With his boyish smile, he could pass for a teenager. But he considers himself older than his actual age, 33, or at least wiser.

“Those are Ugandan years,” he said in a recent interview in his office in Beverly Hills.

He described his childhood as “challenging.”

At one time, he said, his father, Erisa, was a prominent man who had helped oversee Uganda’s coffee trade. But all Lukanga knew as a young boy was struggle, he said, as the country grappled with regime change and its malignant effects. Some family members were murdered, others died of illness. His parents lived in fear.

Lukanga recalled the day he was informed that his family had secured political asylum in the United States. He was 11 years old; the family would quietly leave Uganda that night. For a young boy from a small village, Lukanga knew it was a miracle. But he was also terrible at keeping secrets, so he ran outside to tell his friends. His family soon settled in a small apartment in Denver, Colorado.

His parents described political asylum as winning the “freedom lottery,” he said — not that their new life was easy.

Lukanga’s mother, Sanyu, worked as a maid, and his father cleaned chain restaurants at night. At the same time, Humble Lukanga recalled being introduced to the magic of school books and school lunches and school buses.

Lukanga was in high school, he said, when his mother had a stroke that left her paralyzed. His father would care for her during the day and work longer hours at night to make ends meet. Lukanga would help.

On school nights, Lukanga would grab about four hours’ sleep. He found solace in the classroom. Michelle Von Tilius, one of his teachers at Overland High School, outside Denver, recalled Lukanga as uniquely driven. Lukanga used to tell her that he wanted to start his own record label.

“A lot of kids say stuff like that, and you hope for the best,” Tilius said. “But part of you is like, ‘Is this really going to happen?’”

Sure enough, as a student at New Mexico, Lukanga began selling self-produced CDs and T-shirts out of his trunk. While he was in college, he said, his mother died, and then his father had a fatal heart attack while traveling home to Uganda to bury her.

Lukanga was on his own. But today, he considers himself more of a wellness manager than financial adviser. Spending habits, he says, are a reflection of personal values. And he wants his clients to be especially conservative with their money in their 20s.

Many of his clients, he said, are young and black and have built successful lives for themselves, so he feels a connection with them and wants to help empower them. He also wants them to avoid trapdoors.

“Unfortunately, it runs rampant in this industry,” he said, “because things are happening so fast for you and your family, and you have to trust someone. You go from being a kid to now being a multimillion-dollar entity, and everyone has the answers for you. The best way I can describe it: You have to make life-altering decisions at a place in your life where you have the least foresight.”

Lukanga says he dedicates each day to someone who is no longer here. He often thinks of his father.

“I think some of my greatest peace,” he said, “comes from knowing that I am his wildest dream.”

Still, what’s unique about Lukanga isn’t where he’s going. It’s where he’s been. Just over 20 years ago, Lukanga was living in a mud hut in a Ugandan village so remote that not even Google Maps can locate it. He escaped with his family to the USA after his two sisters and a slew of other relatives were killed by war, poverty, accidents and illness.

His mother and father, an economics professor in Uganda, were able to get political asylum, changing Lukanga’s life.

“To come from Third World poverty and manage first-world opulence is a really wild thing,” says Lukanga. “Sometimes I feel like it’s a dream.”

By 23, Lukanga had earned an MBA and he looks at wealth behaviorally, and bases his guidance on what his clients value.

“Everything has been stacked against him,” Arian Foster, the former NFL running back, said in a telephone interview. “And he continues to persevere.”

Foster was among Lukanga’s first clients. He had signed with the Houston Texans as an undrafted free agent, and he was not rich – he had about $2000 to his name. He recalled one of his first phone calls from Lukanga, who had been reviewing his expenses.

“You spent $37 at Applebee’s?” Lukanga shrieked. “Who do you think you are, man? You don’t have that luxury. Go get some bread. Get some lunch meat.”

“That is the landmark story for me,” says Lukanga. “We laugh about it now, but back then I had to question his commitment.”

Lukanga says clients are often “floored” when they hear about his background, but it helps them know he can really relate to what they’re going through.

“We come from the same impossible beginnings,” he says. “When I give advice, it’s coming from my experience. We’re the people to change the trajectory of their family. With that comes a lot of pressure.”

The value of his unique perspective isn’t lost on those around him, like talent lawyer John Meigs Jr., who shares clients with Lukanga.

“It’s nice to see people from other backgrounds at the table,” he says. “Humble is attentive, meticulous and cares deeply about the welfare of his clients.”

Lukanga has come a long way in the two decades since leaving East Africa. Now Lukanga, who has a 3-year-old son with his former partner, is looking to pay it forward.

In addition to volunteering in Uganda (he goes back twice a year), he tries to inspire young kids in tough neighborhoods. They don’t have to be the next LeBron James to rise above their circumstances; they could be his accountant instead.

“I want a young kid in Compton who’s going to school and thinking about business to say, ‘Oh my God, I can have that life?’” he says. “They can look at my journey, and say, ‘If Humble can go through all that, I can make it too.’”

When Lukanga was invited back to University of New Mexico to give the commencement address to the 2014 graduates, he stressed that their journey to the mountaintop should make it easier for those who come behind them.

“Leave your fingerprint on the heart of the world,” he said, “Go make history.”

During his collegiate years at University of New Mexico, he was designated by New Mexico Business Weekly as one of their “Top 40 Under Forty” business leaders and one of the “Top 10 People To Watch” by Albuquerque The Magazine.

Humble is passionate about social entrepreneurship, financial literacy, freedom and the orphans of Uganda. He is a philanthropist, teacher and self-proclaimed ambassador of Hope.

He has come far from the slums of Masaka, Uganda and he continues to inspire along the way.

Today he has a six-month waitlist for new clients. He won’t discuss his growing slate of Hollywood stars, but THR has learned it includes television director Melina Matsoukas and a seemingly endless roster of professional athletes like NFL wide receivers DeAndre Hopkins and Sammy Watkins.

- Compiled from Internet sources, including The New York Times.