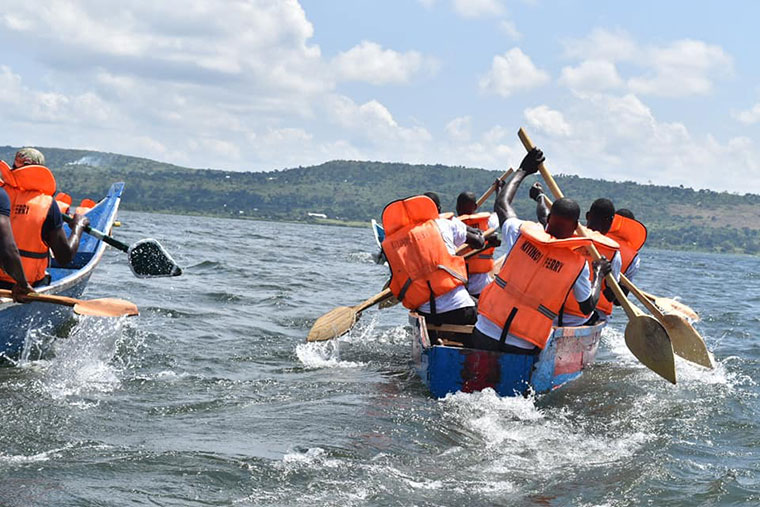 Little prepared me for last Saturday’s journey to Kiyindi landing site in Mukono, where Charles Peter Mayiga, the katikkiro of Buganda, was set to launch the 2019 edition of the Royal Regatta, a canoeing competition amongst Buganda’s 18 counties.

The event was the prelude to the main competition slated for June 8 at Nabugabo sand beach in Masaka. Upon reaching the venue at 12.30pm after almost 90 minutes on the dusty roads, it became clear that this was not an ordinary Buganda cultural function.

Vendors selling nyama choma and rolex lined the route to the landing site where thousands were already gathered for the occasion. Fried fish and chips were the grand dish here, as were the alcohol sachets on sale.

It was a party atmosphere as revellers, mostly from Kampala, danced and indulged in all types of liquor. You would be forgiven for thinking this was some sort of festival planned for years. Yet as area leader Dr Lulume Bayiga noted, the event was organised on just one-month notice.

“Kino kikyali kituuza (this is just the start),” noted Bayiga as he ushered me into the VIP area where several area leaders sat alongside organisers and Buganda kingdom officials.

As the crowd waited for the katikkiro, drinks and food flowed from every corner. However, the toilets were strangely almost 500m away and required weaving through reckless revellers.

“Wano wa kwebereramu (Here, it’s survival of the fittest),” said one chapatti seller as I inquired about the nearest washrooms. Meanwhile, a few engine-powered boats could be seen on the shores, from which a few elite followed proceedings. 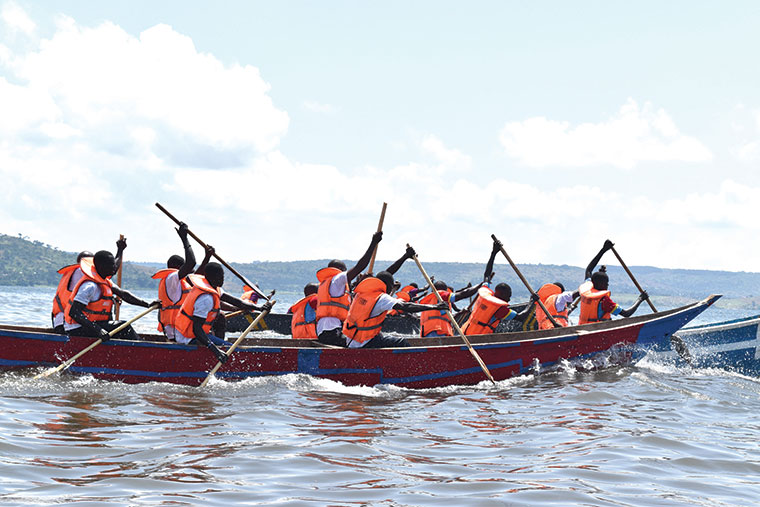 Meanwhile, it was a bumper harvest for local fishermen, who seized the moment to charge revellers for tours on Lake Victoria but with strict conditions not to go beyond a marked area. Finally, the katikkiro arrived at about 2pm, much to the jubilation of an already frenzied crowd. Dennis Mukalazi said he travelled for the event with several friends from Kampala.

“I’m a rally fan, but it is becoming dangerous these days but here, you sit back and enjoy the race comfortably,” he said.

Even the usually strict protocol of barring the media from getting close to the katikkiro did not hold here as the katikkiro was keen to mix and mingle. Finally, the regatta was underway and what a sight to behold!

Teams of quickly-assembled competitors used their raw power to reach a marked point in the lake before returning to the shore. There were hardly any skills applied apart from teamwork.

On several occasions, some competitors dropped their oars in the water while one team had their boat capsize after failing to balance the boat. The crowds cheered on and the katikkiro himself was left agape as an all-female crew powered their boat on.

By 6pm when the competition ended and Bulemeezi had carried the day, Kiyindi had turned into a carnival of sorts with music blazing from one corner to the other. Singo and Kyaggwe came second and third, respectively.

During the prize-giving ceremony, ecstatic Centenary bank officials offered Shs 5m to the organisers for the next event in Nabugabo. And, with the Kabaka expected to grace the Nabugabo event, the stakes will be much higher and expect an even bigger crowd.