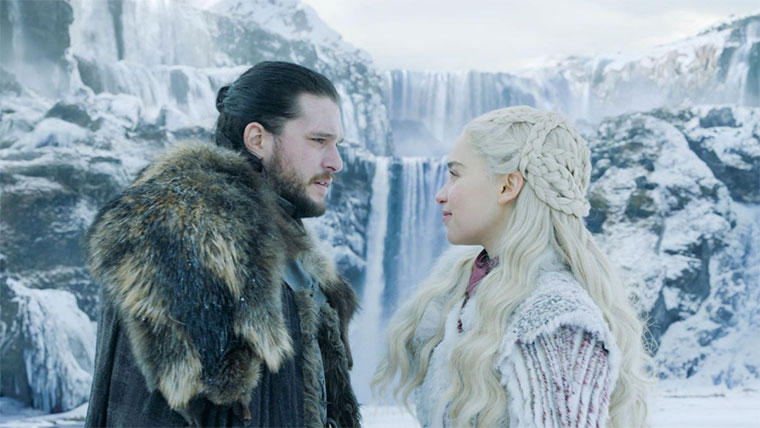 Speechless. After watching Winterfell, the first episode in the eighth season of Game of Thrones, speechless, is the best way to describe these feelings.

Most of us have had this particular month marked on our calendars since 2018. We knew that both Avengers: Endgame and Game of Thrones would premier in April 2019.

And while the furor surrounding the sale of Endgame tickets dominated the conversation at the start of the month, Game of Thrones has most definitely overtaken Avengers 4 as the hot topic of the day; what with the first episode in the final season of the series having finally aired.

Here is what did not make sense, though. Winterfell, the first episode, marks the beginning of the end. The first shot has been fired. In five weeks, Game of Thrones will go away forever.

So, the fact that episode one moved so slowly was a little unexpected. Season seven was maligned by longtime fans of the show primarily because of the breakneck pace at which it moved.

So, considering the stakes at hand, all the plot threads that the show must close in a paltry six episodes of its final season, Winterfell was expected to drop jaws; to leave us breathless and wracked with anxiety. We expected it to sprint rather than jog.

The first episode was supposed to be the television event of the year. People have anticipated this moment for months. So, the fact that Winterfell was, at the end of the day, just another episode of Game of Thrones left us a little disappointed.

Did any jaw drop? Well, yes, eventually, when that final shot finally came around. We thought that Jon Snow learning of his true heritage would push fans over the edge with excitement.

That initial shot of the dragons finally swooping over Winterfell  was supposed to overwhelm with intense elation. But…no. The spectacle was awesome. The CGI was amazing. One could literally feel one’s stomach drop when Jon and Dany took to the skies.

Sam’s confrontation with Dany was unexpected but also quite heartbreaking. It might actually be one of the standout moments of the whole episode. Theon’s redemption was awesome. One couldn’t help but cheer him on as he made his intention to return to Winterfell known. For all his crimes, Theon is a Stark. And it’s high time he took his place among the siblings he so thoroughly betrayed.

But you know what? There was plenty to love. You can definitely see the seeds of conflict between Jon and Dany taking root. Sam was right; Jon does not have Dany’s steel heart. He would not have turned those prisoners to ash for refusing to bend the knee. And the fact that Dany will go to great lengths to protect her seat of power will eventually drive Jon away.

And we all know that Sansa’s willingness to bow to Dany will vanish the moment she learns of Jon’s heritage. Hell, don’t put it past her to demand that he marches against Cersei the moment the Night King falls.

But again, while we are finally coming to the realization that Winterfell was actually quite solid, we also can’t deny the fact that we expected more. But that last shot, with Jamie finally coming face to face with freakin’ Bran? Speechless!

That is how you end an episode; not with dragons and kings and the undead; but with a simple boy facing the man who threw him out a window.