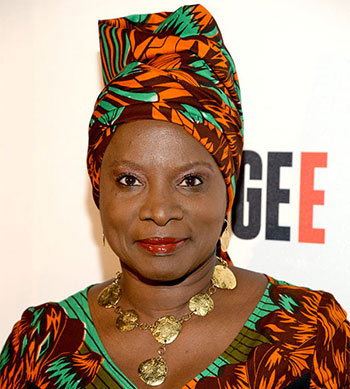 For lovers of the expressive musical arts, in a few short months, Kampala will be treated to a special jazz and soulful evening.

Isaiah Katumwa, Uganda’s most celebrated jazz musician and saxophonist, is organizing a show that will go down in entertainment history as one epic night for Ugandans. Darren Rahn and Angelique Kidjo are the headlining artistes gracing the stage for the first time ever, live in Kampala on April 30.

The two artistes have an impressive collection of contemporary jazz, soulful music and accolades within their music background. They will be flying into the country courtesy of their sponsors, Johnnie Walker, ahead of the International World Jazz day, April 30.

The 59-year-old Beninese  singer-songwriter will possibly always be remembered for her classic 1994 hit Agolo, off the Ayé album recorded at Prince’s Paisley Park Studio in Minneapolis.

The song that was a mega hit even here in Uganda, got Angelique Kidjo her first Grammy nomination. In 1996, she dropped her album Fifa, whose Wombo Lombo was another huge success, especially in Africa.

In her long career, Kidjo has produced hit after hit, the most-recent being in June last year (Remain In Light).

Now based in New York and having recorded extensively in the Americas and Europe, Kidjo has worked with class acts such as Josh Groban, Alicia Keys, Carlos Santana, Ziggy Marley and Manu Dibango, many of them on her 2007 album Djin Djin, which also won her a Grammy.

For the Ugandan passionate about any genre from reggae to world music, from fusion to afrobeat/afropop, from gospel to jazz, this show is tailor-made for you.

Where Kidjo brings 36 years of stage experience, Canadian-born saxophonist/producer Darren Rahn will inject the youthfulness and more jazz in the April 30 concert.

Having worked with the best in the industry, including Dave Koz, Kirk Whallum and Jay Soto, among others, Rahn is a seasoned performer since the 1990s, although it is his work with Wayman Tisdale on the 2004 rendition of Aint No Stopping Us Now that launched his solo career.

Throw our own Katumwa into this mix with his melodious tunes such as My Joy, Just For You and Naakusinzanga; it surely promises to be just one of those unforgettable evenings.