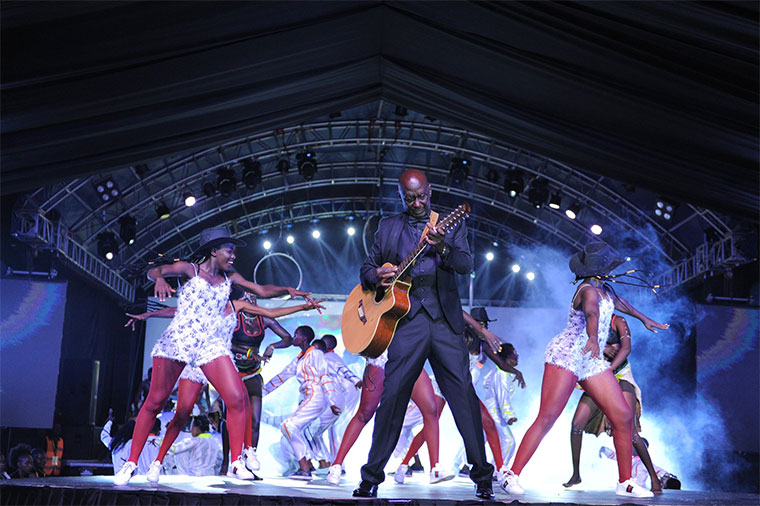 Alex Mukulu is one of Uganda’s most respected and eccentric actors, playwrights and singers, although his productions are a rarity to Kampala audiences. Justus Lyatuu recently sounded him out on the arts industry.

What do you make of Uganda’s musicians, actors and dramatists?

We don’t have musicians in Uganda; we have vocalists. What I can tell the public is that a musician will know how to play at least an instrument. Ours just sing songs written by other people but can’t play an instrument.

The only challenge is that serious musicians are not in the limelight. As for actors, there are actors who go through the fundamentals of acting like training, concentrating in the act and the scripts.

But we also have those people who call themselves actors and go to stage without preparing and that’s what we call comedy; in short, we have more comedians than actors.

Do you think musicians should join politics?

I don’t know; politics is not about the musician, but the war inside the personality of the singer. I can say musicians are having political struggles; so, they can sing what they want. While others sing to come out of poverty, others sing for political struggles. For instance, Bob Marley, Hugh Masekela, Winnie Makeba had political songs.

Why don’t you sing and act in Uganda?

There is no money in Uganda; my costs of production are very high; most Ugandans [would not] afford a ticket if I staged a show. For instance, some costs are as high as Shs 300m, and that’s too much to charge a population that is used to paying Shs 30,000. If I’m to organize a show, I would charge at least $100 [Shs 360,000].

The only company that afforded in the recent past was MTN during their 20 years’ celebrations in Uganda.

So, what do you have for Ugandans this year?

Not in Uganda, but we will be going to Germany later in July where we will have a production called Zakayo.

What do you make of the Bebe Cool, Bobi Wine fights?

Many artistes have big egos; they want to be in the limelight for fame, they want to be known but what I think is that they don’t have what to say yet they are supposed to be saying relevant things to the society.

But they are just saying nothing; you can even see their songs don’t last for a week or two. But I think they should concentrate on their music and the money than exchanging on non-issues. Bebe and Bobi should be doing things they will be proud of when they grow old, not bickering.

Speaking of which, why don’t you have a stage name?

Stage names are for fake people and the art of having stage names I call it escapism. Fake names look for popularity and cheap importance.

Do you think artistes meet their audiences’ expectations?

Ugandan audiences have been given a raw deal; you can’t do what you didn’t rehearse. Most musicians do their rehearsals while sitting yet the performances on stage are done while standing and dancing.

That’s why they don’t go very far and concentrate here in Buganda (central) region; some have never held shows in places like Gulu or Busia for a whole night.

What should be done to revive the arts then?

A lot of things should be done but it’s the vocalists and musicians who should understand why they sing. We need to see compositions that show how we love our country and ourselves, which will give us direction musically.