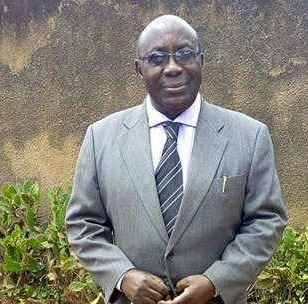 DICK MULIMA SSEMPAKA, popularly known as Uncle Dick, wore many hats in a career that span more than 50 years.

A presenter, entertainer, journalist, educationist as well as mentor, Ssempaka was a peerless figure on Ugandan airwaves and inspired hundreds of others over the years until he succumbed to diabetes and high blood pressure. Charles Sebugwawo looks back at his illustrious career.

Last Wednesday morning, the journalism world woke up to the sad news of the demise of veteran journalist and anchor, Dick Mulima Ssempaka, 73, popularly known as Uncle Dick.

Ssempaka suffered a heart attack in the wee hours of Tuesday last week as the family rushed him to St Apollo hospital in Namasuba. He was buried last Thursday at Luswa along the Kampala-Mubende highway.

At 73, Ssempaka, a disciplined broadcaster, mentor and actor, succumbed to a heart attack, according to his daughter Maureen Namubiru. Namubiru said her father had been battling diabetes and high blood pressure for some time.

He joined Radio Uganda as a young student at one of Kampala’s top schools and worked for the radio now called Uganda Broadcasting Corporation (UBC) for more than 50 years, anchoring for both radio and television.

He went on to endear himself to Ugandans of a certain age, especially those that grew up to just the sights and sounds of UTV and Radio Uganda. That he was also a seasoned actor, appearing on stage in both Oluyimba Lwa Wankoko and Amakula Ga Kulabako – both hit plays in the 1970s – cemented his star.

During a public viewing of the body in the UBC gardens last Wednesday, Hajji Abdul Nsereko, his longtime friend and former colleague at Radio Uganda, said Ssempaka joined the station in 1967.

When Nsereko joined Radio Uganda, Ssempaka was already there. He inducted him into the profession with a warm heart, Nsereko recalled. Ssempaka was a blend between the old and the new generation of broadcasters, another mourner and long-serving journalist Tonny Owana said during the viewing. The old generation of broadcasters was not conversant with dealing directly with studio equipment, relying on production assistants.

Later, as technology evolved, the radio presenters were required to present and manage studio equipment themselves. Ssempaka was one of the few from the old school of journalists to navigate both sides.

He was popular for his Luganda ‘Uncle Dick live’ show at Star FM until he retired last year. In 1999, then vice president Speciosa Wandira Kazibwe and the late Basoga Nsadhu mooted the idea to turn Radio Uganda’s Green Channel into an FM station.

They asked Uncle Dick, Charles Serugga Matovu, Persis Muwanga and others to be the pioneer presenters at Star FM in 1999 so that government could stay competitive to an evolving, increasingly more youthful listenership.

In 2012, Ssempaka was decorated by President Museveni during Labour day celebrations held at Kaunda grounds in Gulu district, alongside other veteran broadcasters including the late Andrew Patrick Luwandagga, Francis Bbale and Hajji Abdul Nsereko for their exemplary work.

Ssempaka also worked with the likes of Mukalazi Kyobe, Dan Kyeswa and the late Dan Byobyonka and nurtured many journalists including Charles Sserugga Matovu who he introduced to broadcasting after Matovu’s Senior Six vacation.

He taught him how to read the death announcements very early in the morning and later trained him to be an administrator, producer and presenter for both radio and TV.

Abby Mukiibi, the CBS FM programmes director, talked fondly about Ssempaka, saying that when he joined Makerere University, Ssempaka’s name was popular in the Music, Dance and Drama department and what people don’t know is that he was a very good actor who inspired people of all ages into doing what he did, and at his age he still had a very energetic broadcasting voice.

In the 2013 Radio and TV Academy awards, the lifetime achievement gold category was won by Ssempaka, alongside Luwandagga, Nsereko and Bbale. The fallen broadcaster’s popular shows in the 1990s included the Sunday morning show programme Music To Remember, which featured music of the 1960s, 1970s and 1980s.

Another unique factor about Ssempaka was that he was always smart, punctual at work and an avid supporter of SC Villa. If heaven had a radio station, it would not be short of great, classic broadcast voices, of Luwandagga, Bbale, Persis Muwanga, David Matovu, Dan Byobyonka, Francis Ojiya, Venansio Senoga, Fred Musisi, Charles Canary Mugisha and Muzungu Kanga, among others.

A man of humble means, Ssempaka studied at Nabagereka primary school and Lubiri SS, before joining Radio Uganda. Despite this, he valued education and started Step Up primary school in Namasuba, Kikajjo. This was started as an income-generating project, away from his broadcasting job, but it has positively impacted many children in that neighbourhood over the years.

Radio technician Henry Muganga said Ssempaka loved research and would not stand for giving half-baked stuff to his listeners. Muganga described Ssempaka as open-minded and passionate about grooming the upcoming journalists.

And because of his love for everything ‘Buganda kingdom’, Ssempaka had special liking for those who professed to being Baganda. The humble man with the evergreen radio voice is survived by a widow and children and was laid to rest at his ancestral home at Luswa village near Kigalama, in Mityana district.

It is sad that this forum is used only for attacked and bad words for Uganda Come on people where is your love and conscience?

Do you believe in God and love your only country you have-- Uganda.?

I know many of you are abroad and long for Uganda and dream impossible dreams to change illegally the chosen government by the people and for the people.

Show some live,respect and humanity for Uganda and Ugandan people.Bring some of your money and come back to your beautiful land instead of wasting your time and lives writing and writing and attacking...
Report to administrator