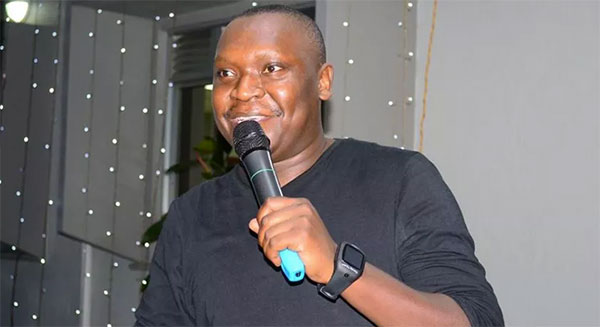 I have been to most parts of the country, but Gulu town is by far the holy grail of upcountry shows.

The revellers here are enthusiastic and don’t expect handouts; they pay their dues, bring positive energy and do what has brought them, to have fun.

They did not fall short of this last Saturday when Uganda Waragi introduced its pineapple flavour during a special comedy night at Smiling Panda.

Patrick ‘Salvado’ Idringi, also known as the ‘man from Ombokolo’, was the best performer of the night. The highlight was his performance about Uganda Airlines air hostesses represented by the different tribes of Uganda. While his jokes may have been stereotypical, his delivery was welcomed with thunderous applause.

Daniel Omara was home with his Acholi people. His delivery may be too subtle and clever for the kind of audience in attendance, but his choice of using the local dialect was welcomed by the crowd who gave him a standing ovation when he was done.

Agnes Akite may still have some years to polish her act in order to deliver it with ease and flow, but she was home.

Many of her jokes were about her childhood in Acholiland and the goings-on of family life in northern Uganda. She also delivered in local dialect and did have quite the support deserving of a comedienne taking on a man’s world.

Meanwhile, Teacher Mpamire should drop his ‘President Museveni’ act and concentrate on his new genre. He reminded the crowd of a classroom setting that existed in the yesteryears before private and international schools changed our children’s accents.

Some of his jokes even took a jibe at his old favourite act that launched him on the comedy scene. He delivered a Museveni joke only once, asking the crowd why they call him Bosco.

He also has good stage presence and crowd engagement. The night was crowned with an energetic performance by Gulu’s Mr Eezzy and Gravity Omutujju.

0 #1 rubangakene 2018-09-22 21:29
Oh dear, this is some crazy act, a "cobbled, strummed-up act" to show other parts of Uganda and indeed the world that we are not affected by the recent atrocities at our doorstep, that we actually welcome the committal in our court the victims of torture, a mollifying gesture, so to speak.

Let me tell you; you are deluded. deluded beyond belief that the Acholi will forgive easily.

Don't be fooled, they have never been beggars either; I know this because I went to school there in the seventies: they are a proud lot but don't mistake their "mask of laughter".
Report to administrator