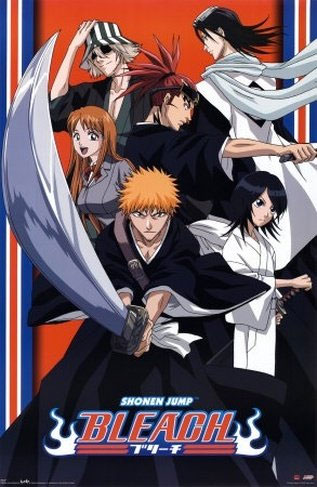 So, Bleach is coming back. Sort of. Maybe.

Here’s the Bleach story—if you didn’t know. When the manga first came out 15 or so years ago, it was easily the least impressive of the Big Three.

Naruto, despite a lackluster chapter or two, hit the ground running and immediately pulled away from the crowd. It would take One Piece another 200 chapters to truly find its stride, but even those first dozen or so chapters of the Eiichiro Oda story had a few gems.

Bleach, on the other hand, felt so aimless. But then the Soul Society arc started and Bleach gave us one of the greatest runs of chapters and episodes in manga and anime history.

Bleach did not just catch up with its rivals; it left both Naruto and One Piece in the dust, creating such a chasm between itself and its closest competitor that no one thought Oda (One Piece) and Kishimoto (Naruto) would ever catch up.

The manga and anime landscapes were Tite Kubo’s to command. He could not lose, or so we thought. The Soul Society arc ended and Bleach’s momentum slowed. By this point, both Naruto and One Piece were picking up steam as Bleach started to stumble.

Long story short, Bleach went from being a Top Three manga to losing out in the rankings, and overall quality to the likes of Fairy Tail and Beelzebub. The final arc, in particular, the first half, brought a significant number of former Bleach fans back to the table.

But Kubo ultimately failed to stick to the landing. Not only was the anime eventually canceled but the manga’s finale was one of the worst I have ever seen.

Kubo kept threatening to hit us with another manga, and of course, Bleach fanboys never stopped calling for a resurgence of the anime. But most of us were certain that Bleach was dead.

However, now I think we might have spoken too soon. Burn the Witch is a 60-page manga from Tite Kubo, his latest work. The story centers on Noel, a seemingly ordinary, rather sullen girl who works for Wing Bind, a British organization whose job it is to protect dragons from humans and vice versa. Noel is a witch. She has a broomstick, a wand, magic and everything else that accompanies that title.

Dragons are not actual dragons but magical creatures that exist in ‘Reverse London’, a supernatural realm situated outside normal space. I thought I understood this manga. I thought we were gearing up for another action-heavy exploration of Tite Kubo’s latest magical creation.

But then the Burn the Witch One Shot ends and we learn that ‘WB’ which we thought stood for ‘Wing Bind’ is actually part of a larger abbreviation: ‘SSWB’ - ‘Soul Society: West Branch’.

That’s right, Burn the Witch is a spinoff of Bleach. Apparently, both stories take place in the same universe, and if Burn the Witch is picked up for publication, we have been promised full-blown crossovers between Ichigo’s East Branch of Soul Society and the newly introduced West Branch.

I don’t even know what to make of that. I liked the Burn the Witch one shot. The art was amazing. The characters were great. Virgo is basically Ichigo but far better. And yet I don’t think I want to read Burn The Witch if it is a Bleach spinoff. I am done with that franchise. They need to let it die. Tite Kubo, move on.

I disagree. Honestly, Bleach didn't get the closure on the screen with the Fullbring arc.

Kubo wrapped it up 10x better in the Thousand Year Blood War arc in the manga. As a die hard Kubo fan, I know his career has gone through a lot; and by extension all of his fans have too.

I just hope that that last season will be brought to the anime. Then I believe it will have the ending it deserved.
Report to administrator