Chicken and chips may whet your appetite, but this is a different serving; the unusual name is for an NTV Uganda show airing every Sunday at 1:30pm. And no; it is not a cooking show either.

It is a youthful puppetry edutainment series focusing on topics that touch the challenges of our society. The show includes real-life conversations that are then played out by puppets, as well as asking Ugandans on the street about sensitive topics, mostly about relationships, which many of us want to ask, but are afraid to ask out loud. 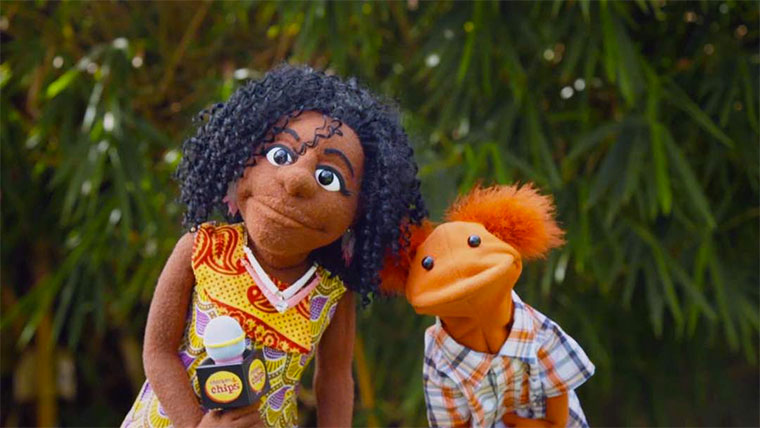 The show covers topics such as sex, marriage, relationships, gender roles, taboos, bullying and abuse, how to stand up for yourself, and tackling social norms and expectations. One of the segments is called Katwe Corner and is made up of recorded, unscripted and uncensored live discussions.

The Popcorn Video includes trivia, humour and useful factoids that pop up in your favourite Ugandan hit videos, while Talk of the Town interviews Ugandans on the streets, asking them thought-provoking personal questions whose answers end up being very funny.

The Social Experiment employs hidden cameras to observe how ordinary people behave when they are confronted with dilemmas that make them reveal their attitudes and make tough choices.

The show is hosted by the charming puppet Kiki Love voiced by Fun Factory comedian and KFM presenter, Veronica Mustapha Tindichebwa aka Tindi.