For in the same period, unintended pregnancies increased from 48 per cent to 52 per cent. The induced abortion report in Uganda was released by the Guttmacher Institute and Makerere School of Public Health last week at Protea hotel.

“Much as the number of abortions has come down, I am still not happy,” said Dr Charles Kiggundu, a consultant obstetrician and gynaecologist at Mulago hospital.

“Very little has been put in place to improve the health of women in the sub-Saharan African region. Maternal health is the worst and least researched and funded areas…Absolute figures of abortion have gone up. That is disheartening. At 860 abortions per day, that is still very high.” 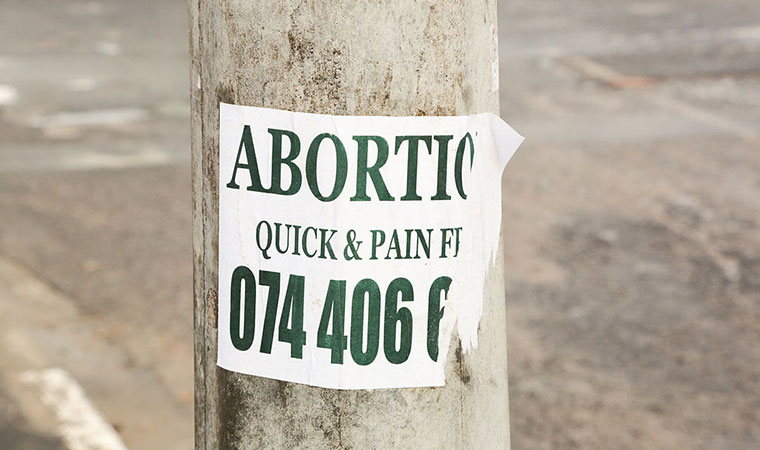 Kiggundu said he alone can carry out up to 30-50 abortions on a single day. Dr Placid Mihayo, assistant commissioner, Sexual Reproductive Health, at ministry of Health, said the ministry’s strategy is to prevent unwanted and teenage pregnancies, which fuel abortions. Abortion is illegal in Uganda, except for health-threatening medical reasons.

There were an estimated 2,319,043 pregnancies in women aged 15 to 49 in Uganda in 2013. According to the report, a quarter of all unplanned pregnancies end up in abortions, leading to eight per cent of maternal deaths.

By region, abortion was lowest in Eastern (eight per cent) and Western (seven per cent) and very high in Kampala (33 per cent). In all other regions, abortion rates ranged between nine and 19 per cent.

Findings from this study also indicate Uganda’s unintended pregnancy rate at 149 per 1,000 women is still high compared to the rest of East Africa, and is almost thrice the world average (55 per 1,000 women.)

ABORTION IS NOT FAMILY PLANNING

“There is a lot of misconception about reproductive health. We need to provide the right information. People still need to be reminded that there is still HIV/Aids, [hence] they should use condoms…Make girls stay in school at least up to S4, then unintended pregnancies will reduce,” he said.

“We need to offer post-abortion counselling such that those who get unintended pregnancies don’t get another. Some women are using abortion as a family planning method.”

While the estimated national unintended pregnancy rate was 149 per 1,000 women, Karamoja had the lowest rate with 61 per 1,000 women, while West Nile, Eastern, East-Central and North showed the highest rates (between 164 and 198 per 1,000 women). The remaining regions all have rates closer to the national average.

Prof Orach says in Karamoja, sex is for procreation purposes and almost every pregnancy is intended, hence the lower numbers.
Sister Mary Adong, a senior midwife at Mulago, says self-abortions are worryingly on the rise and are getting even more rudimentary.

“I don’t know where these girls got it from that you can abort by inserting broken bottles, sharp sticks, these needles used for sewing, into their vaginas. By the time they come to the hospital they are rotting and oozing pus. Even us, midwives get traumatised on seeing this,” she said struggling to hold back tears.

She narrated a story of a 14-year-old who carried out a partial abortion, leaving the head of the foetus stuck up her cervix. By the time she sought medical attention, the head was already rotting.

According to Sister Adong, that complication may have been because unqualified personnel in an unsafe environment carried out the abortion. Adong called on parents to be more supportive rather than stigmatising their daughters, forcing them to carry out unsafe abortions.