Crying is normal. Unfortunately, however, there are always different reactions when men cry. In the past, men were required to endure pain without displaying their feelings.

With the changing times, nevertheless, men are getting comfortable expressing their pain and emotions more often than they did in the past. This has been exhibited by an array of men; including public figures whose emotions have had the better of them in public.

According to www.dailymail.co.uk, a research done in the UK revealed that modern men are three times more likely to cry in public than their fathers. More surprising was that the average man has sobbed in front of other people 14 times in his adult life. Four out of ten men, the research reveals, admitted to crying in public within the past 12 months. 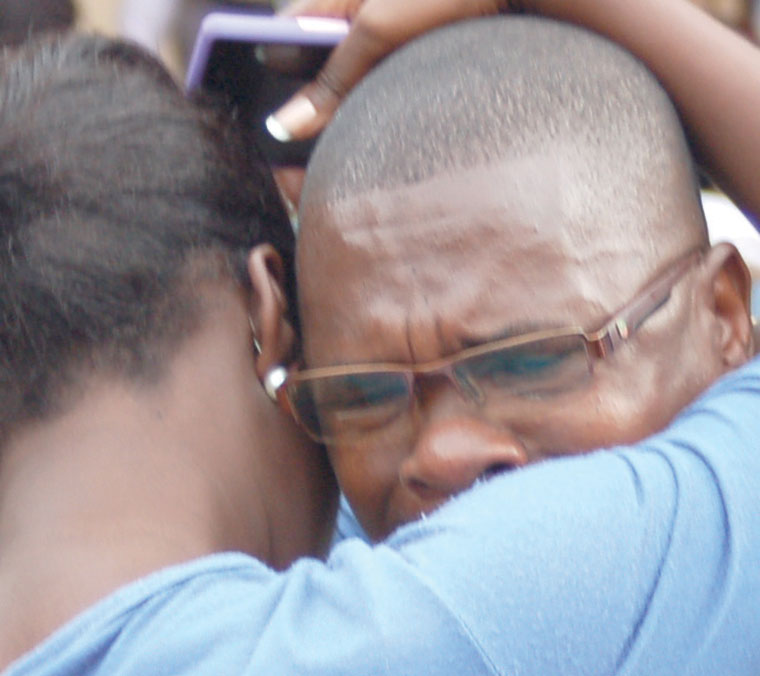 Despite the seeming normalcy of men’s crying in recent times, people unnecessarily relate men’s crying to being weak, immature or effeminate. Such beliefs convey a projection that a man is somehow less than whole if he displays his emotions.

Former US President Barack Obama attracted too much commentary when he shed a tear while discussing gun violence in the country last year. People wondered whether it was right for a man – let alone a leader – to display such emotions.

On the Ugandan scene, Kampala lord mayor Erias Lukwago has, on various occasions, attracted unrealistic comments about his display of emotions. In an interview with The Observer, Lukwago admitted being in touch with his emotions and that he is never embarrassed to cry because it is a natural reflex to him.

“I have heard people make unpalatable statements, saying I shouldn’t be emotional, but it is an expression of my feelings,” Lukwago said.

According to www.webmd.com, much as the reasons for crying may seem simple – when people are sad or happy – there are several benefits that suppression could potentially sabotage. According to Lukwago, tears only come when someone is overwhelmed by a feeling. He personally can’t stand grief, gross injustices and inhuman, degrading treatment. Such incidences, he says, trigger his emotions.

“You can try and suppress them, but they always get the better of you. I don’t want to explode because I am suppressing emotions,” Lukwago says, adding that it is unrealistic for people to expect men not to be emotional.

“Some people especially on social media have tried to insult me by calling me a cry baby, but I don’t give a damn. I will always express my feelings.”

Like Lukwago, entrepreneur James Malagala finds it absolutely okay for men to express their emotions through shedding tears.

“When I cry over something, I cool down,” says Malagala who has on several occasions found solace in crying rather than arguing or fighting over some issues. 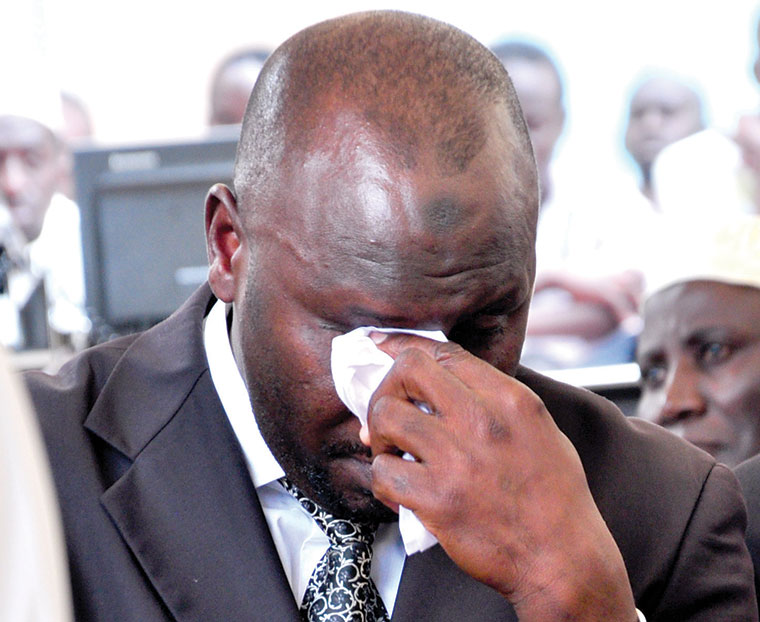 Malagala confesses to experiencing physical pain when outraged, and the only thing that can take it away is either quarrelling bitterly or fighting. That energy and adrenalin upsurge, according to him, can only be dealt with through getting in touch with his vulnerability.

“It does not have to be a public affair, though,” he says, adding that he has on several occasions cried in his car or in the bathroom.

“It is an easy way to release stress, let go of anger and pent-up emotions even if it is done for just a short time,” Malagala says.

According to www.psychologytoday.com, crying is a way for the body to release toxins. When humans get stressed, there is an increase in adrenocorticotropic hormone (ACTH). Over times as this builds, it leads to more stress that demands to be released, and crying is a healthy way to discharge it.

From the same website, Dr Jodi DeLuca, a neuropsychologist at General hospital in Florida, says when you cry, it is a signal you need to address something. It either comes out in its healthy form as tears or if suppressed, can cause a number of clinical symptoms known as somatoform disorders (i.e. psychological/relational issues that manifest as physical symptoms).

IS CRYING A WEAKNESS?

While many people relate crying to weakness and a manipulative tactic to get way, various internet sources reveal that it has nothing to do with one’s strength since it is simply a reaction to an up- surge of emotions.

According to www.goodmenproject.com, shedding tears is not necessarily for the weak.

“Turning your back on your pain is easy, but it takes ultimate courage to lean into your pain and feel your feelings,” partly reads the article.

Lukwago also dismisses such claims. He maintains that tears are only an expression of feelings, and have nothing to do with someone’s strength or weakness.

“I am a very aggressive person who fights for what I deserve. You have seen me go to court, get clobbered and tear-gassed. When a situation calls for action, I act,” Lukwago says, adding that he is very assertive when pressing for his rights. 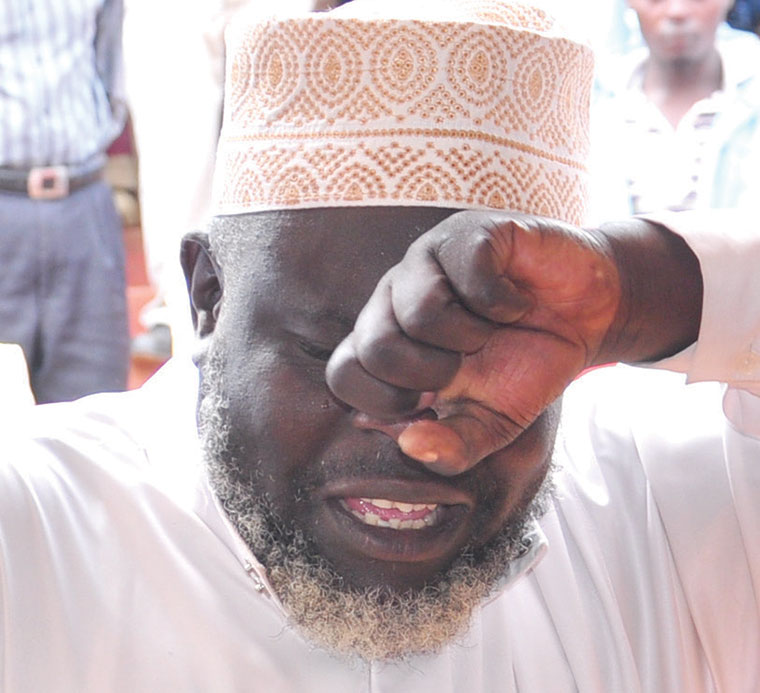 He maintains that if people can cry while watching fiction movies, why can’t they shed tears in real-life events?

“In my religion, we are not supposed to cry over the loss of a loved one, but how possible is that?” Lukwago asks.

He, however, notes that in as much as being emotional is just fine for men, decisions should not be guided by emotions. Having an emotional moment is fine, he says, but decisions shouldn’t be made during or based on that moment because it is possible to make the wrong decisions.

“Reason rather than emotions should always apply when it comes to decision-making,” he advises.

Most of the women The Observer talked to admitted that although crying is normal, a man who cries at the fall of a hat is a great turnoff.

“A man can cry sometimes, but he shouldn’t cry over every small thing. That is not manly,” said one respondent, adding that it is okay for him to cry before her in privacy.

Graduate Joan Asiimwe says a man who cries is a good person because he is in touch with his feelings.

“You can’t just be an emotionless person who has no feelings whatsoever. Shedding tears only shows how human one is,” Asiimwe says, and maintains that men’s crying should be moderated since no woman wants a man who cries too much.

A good cry, according to www.webmd.com, has immense health benefits and people should not suppress their tears. However, for those who fear to cry before others, it is advisable to postpone the cry. One can also excuse self and find an appropriate place to cry.

+2 #1 Lysol 2017-02-13 01:50
Uganda men cry a lot, because they are stressed out by the system and cannot do anything about it out of frustration.
Report to administrator