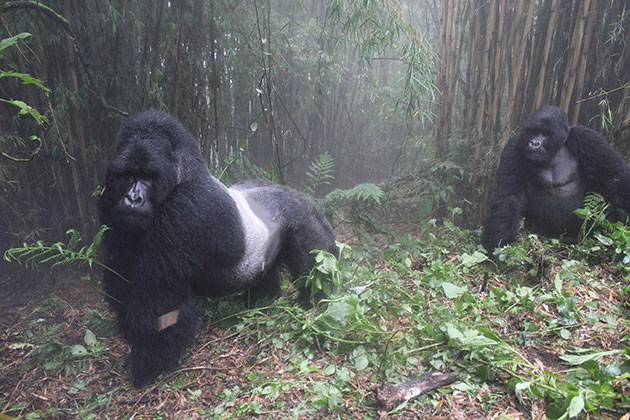 Uganda has a new top export earner. Tourism has for the first time become Uganda’s biggest export earner after it fetched $1.4bn in financial year 2013/2014, up from $1.1bn the year before, according to the central bank’s monetary policy statement for August.

Workers’ remittances, long the dominant sector when it came to calculating export receipts, has been knocked down to the second position, with coffee in third. Remittances, which is the amount of money Ugandans living abroad send home, was roughly $800m during financial year 2013/2014. Although the African Development Bank expects this figure to reach $1bn this financial year

Meanwhile, coffee, Uganda’s main traditional cash crop, earned about $415m for the period between April 2013 and March 2014, according to the Uganda Coffee Development Authority. Tourism was boosted by glowing reports of the country’s attractions among international tourism catalogues. Uganda is regarded Africa’s best destination for birders. The country boasts of more than 1,058 bird species, accounting for 11 per cent of the globe’s total, and half of Africa’s.

In 2012, a reputable online tour magazine, Lonely Planet, ranked Uganda number one among the top ten countries to visit. The journal said: “After all, this is the source of the river Nile – that mythical place explorers sought since Roman times. It’s also where savannah meets the vast lakes of East Africa, and where snow-capped mountains bear down on sprawling jungles.”

It added: “Uganda is Africa condensed, with the best of everything the continent has to offer packed into the small, but stunning destination,” it said.

Stephen Asiimwe, the chief executive officer of the Uganda Tourism Board, told The Observer that the Lonely Planet ranking had a very big impact on increasing the number of holiday makers coming to Uganda.

Other key attractions have come on board, Asiimwe added. Celebrations to mark Martyrs day every third day of June continue to attract thousands of people, and there are plans by UTB to market it as a tourism attraction. Cultural events such as the circumcision ceremony, Imbalu, in Mbale attracted thousands of people.

Asiimwe said there were many cultures here that could be developed to become tourism attractions.

“Tourism is not only about wildlife and nature. We have 56 tribes and all have different cultures and heritages and all are unique. This is something we are looking at.”
In Kenya, the Maasai are used as a tourist attraction.

Uganda is expected to host the Africa Travel Association conference in November, which could boost tourism numbers. This is a huge annual world congress of tourism lovers, which attracts delegates from all over the world. Asiimwe said the event could attract more than 800 delegates.

“It will be a big boost. The delegates will visit almost every pocket of this country. This is an opportunity for hoteliers, transporters, and entrepreneurs,” he said.

Asiimwe said UTB would embark on an aggressive marketing to sell the country. He pointed out that they would advertise on international media networks like CNN and the BCC.

There have been challenges for the sector, though. UTB has insufficient funds to promote the industry. This financial year, the board was allocated Shs 5bn. However, Asiimwe says, this is too little for an industry that is now a top export earner for the country. He said government should double their budget to at least Shs 10bn annually.

Meanwhile, Bank of Uganda’s monetary report noted that the country’s trade account continued to deteriorate. Trade deficit, which is the amount of money a country spends to import above what it earns from exports, grew to $2.34bn last financial year from a $2.12bn in 2012/13.

“The deficits on the trade account and income account more than offset the surplus on the services and foreign transfers,” BOU said.

A widening trade deficit usually leads to the depreciation of the local currency as importers pay more for foreign currency, and ultimately could put further pressure on the rate of inflation. Private transfers have also declined to $934m from $976m in 2012/13.

BOU says the drop was partly down to the “disruptive impact of the war in South Sudan.” Uganda earned about $240m annually from South Sudan before war broke out in the country.