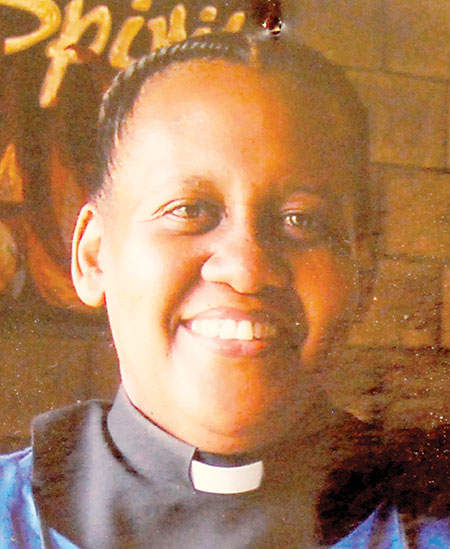 The Anglican community in Uganda has welcomed news that the Church of England has for the first time opened the door for women to become bishops.

Several priests told The Observer that the decision was long overdue and should be welcomed in Uganda. On Monday, the Church of England voted to allow women to become bishops, after a similar vote failed in 2012.

The results of the vote were announced by Dr John Sentamu, the Ugandan-born archbishop of York. Although the Church of Uganda is independent of the Church of England, many still regard England as the cradle of Anglicanism. And decisions in England may reverberate across the 160-nation Anglican world.

“Female bishops …why not? We already have female priests and any priest is a potential bishop. It is up to the House of Bishops to decide on who becomes a bishop,” said a male reverend at All Saints cathedral Nakasero, who declined to be named.

His view was echoed by Rev Jasper Tumuhimbise, a priest at St Stephen’s church, Kitara, on Entebbe road, Kampala.

“We welcome the news and we think it is long overdue. In fact here in Uganda we already have female priests since the 1980s and they have been doing a great job,” Tumuhimbise said.

The vicar at All Saints cathedral, Rev Diana Nkesiga, one of the best-regarded female priests, also  welcomed the decision.

“There is nothing in the canons of the church of Uganda or England that prohibits a woman from becoming a bishop…in the Church of Uganda, after 45 years – but it is good news, I didn’t know it would come in my time,” she said.

However, the provincial secretary in the church, Rev Canon Amos Magezi, urged caution on the matter. Magezi, who reports to Archbishop Stanley Ntagali, said the excitement was premature.

“This is one of those issues on faith and order. The normal procedure is for the archbishop to convene the House of Bishops to consider the matter,” Rev Magezi said. “So, as of now we have no official position on the issue ... the next meeting of the House of Bishops is due next month.”

However, in a previous interview with The Observer in December 2012, ahead of his consecration at Namirembe cathedral, Ntagali said he had no problem serving alongside a female bishop.

“Are you a student of the Bible? The women were the first people to see the risen Lord. That means they were the first evangelists. It was Mary Magdalene who broke the news that the Lord had risen from the dead. That means women are fellow ministers in the gospel of Jesus Christ,” he said at the time.

He added that it was no longer a question of if, but when.

“We have highly qualified women in the Church of Uganda. So, the issue is not qualification ... They are our fellow ministers, servants of the Lord but we haven’t brought that motion in the House of Bishops.”

The change breaks an unbroken tradition of exclusively male bishops inherited from the first Christians almost 2,000 years ago. The BBC said that some Anglicans would see this as a “cosmic shift” - arguing that the Church’s theology has been changed by its acceptance that men and women are equally eligible to lead and teach Christianity.

One of those is Canon Jolly Babirukamu, a lay female leader at All Saints cathedral.

“It is long overdue – when Jesus left the tomb the first people he commissioned were women. The Anglican Church in the US is led by a woman archbishop and she is doing very well; so, I hope that this time they are serious about it,” Babirukamu said.

The motion will now go before the British Parliament’s ecclesiastical committee, which examines measures from the synod. The synod will then meet again on November 17 to formally declare that women can be bishops, an indication that the Anglican faith can expect to see its first bishop in early 2015.

The move sets the Anglican Church apart from the main traditional faiths, in allowing women to serve in the highest positions of authority. This church ordained Japanese Dr Florence Li Tim-Oi a priest on January 25, 1944, making her the first of several female priests. However, the Muslim and Catholic faiths remain opposed to women preaching the faith in similar positions as men.