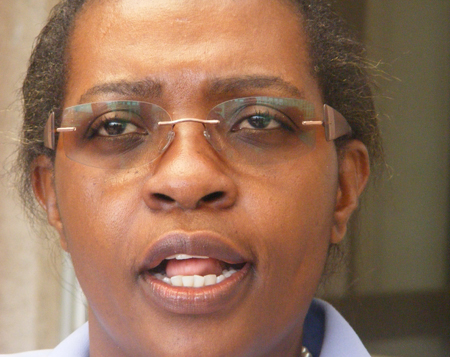 Margaret Zziwa’s reign as speaker of the East African Legislative Assembly (EALA) came under more pressure yesterday, after a petition to censure her was filed in Arusha.

It is understood that Zziwa’s troubles began in January, during the assembly’s meeting in Kampala, when she issued a directive to the assembly’s clerk not to pay EALA legislators their full allowances.

Zziwa reportedly wanted  to ensure the EALA representatives remained on duty for the entire two weeks they were supposed to be in Kampala. For the period, the representatives were entitled to at least Shs 20m each in allowances for accommodation, transport and other expenses.

The petition is moved under Rules 26 and 27 of the EALA rules of procedure. Zziwa’s team, however, is faulting the two rules which deal with ordinary motions before the House, and not the impeachment of the speaker. According to the EALA rules, a speaker can be removed under Rule 9.

The rule provides that the motion for the removal of the speaker shall be signed by at least four members from each partner state and presented to the clerk, who has to notify the assembly within 24 hours.

“The motion shall be tabled in the assembly within seven days of its receipt by the clerk and the House shall refer the motion to the Committee on Legal, Rules and Privileges to investigate and report its findings to the Assembly for debate,” the rule partly reads.

The petitioners accuse Zziwa of misconduct and failure to manage the House. She has lately faced walk-outs by members over various issues.

The petitioners have turned the East African Community (EAC) headquarters into a beehive of activity, vigorously lobbying their colleagues to support the motion. Zziwa is trying her luck through Dennis Mukasa Mbidde, one of two Ugandans on her side. The other Ugandan is Suzan Nakawuki.

Zziwa’s support among the members has waned considerably since her election two years ago. The EALA commission, which consists of 10 members, two from each partner state, is reportedly unhappy with her actions. With Kenya and Tanzania all out against her, she is hoping to persuade Rwandan and Burundian representatives to support her.

“The Burundian and Rwandan representatives signed the petition but they are silent… we hope that we can talk to them and win them over although the intimidation here is so much,” Mbidde told The Observer by telephone from Arusha yesterday.

“If the motion is successfully tabled before the House, we have limited chances of winning; we are now looking at court as our only saviour,” he added.

On March 20, Zziwa, through Mbidde, petitioned the East African Court of Justice, seeking a permanent injunction to prohibit and restrain the assembly from commencing procedures to censure the speaker. EAC Secretary General Richard Sezibera is listed as the first respondent and Uganda’s Attorney General Peter Nyombi is the second respondent.