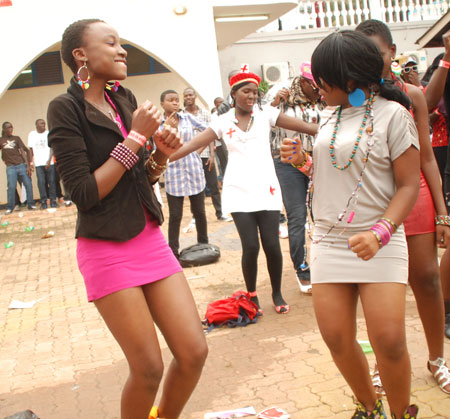 Women rights groups say that at least 50 women have been publicly undressed since the assent last month to the Anti-Pornography Act.

While the law essentially targets spread of pornography, it has been hijacked by moralists as a tool against what they see as ‘provocative’ dressing among women.

Regina Bafaki, the executive director, Action for Development (Acfode), said they had received many cases of women undressed from Iganga, Kampala, and Bushenyi districts.

“There are many cases of violation of women’s dignity by stripping them; this was caused by the misconception that they are breaking the law by wearing skirts,” she told a press conference in Kampala on Wednesday.

Bafaki said one section of interest in the Act was the definition of pornography which, among others, refers to the representation of a person’s sexual parts for primarily sexual pleasure. According to her, failure to elaborate on ‘sexual parts’ and define what amounts to representation leaves this piece of legislation open to misinterpretation.

The NGOs, under the Human Rights Network (HURINET-U), were speaking ahead of this year’s Women’s day celebrations, whose theme is “Inspiring Change.”

Uganda’s local theme is “in partnership with men and boys for empowerment of women and girls”. HURINET also urged the government to sensitise the masses about the new law to avoid ignorance-fuelled public embarrassment of people.