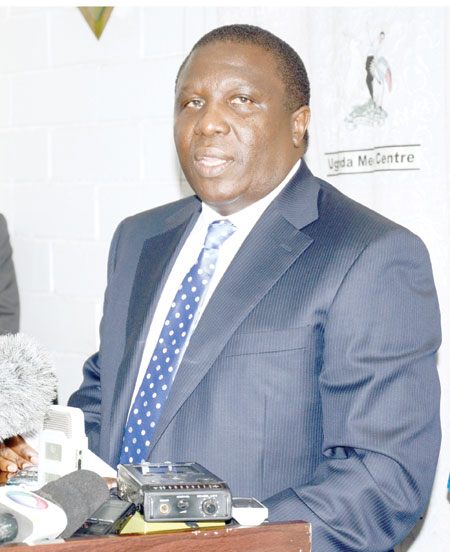 A $473m tax dispute continues to loom large over Tullow’s books of accounts, with the company recording a significant slump in profit, which is slightly overshadowed by its widening asset base.

In its financial accounts for 2013, Tullow Oil says it still contests the $473 million that the Uganda Revenue Authority charged as capital gains tax when the Irish firm sold 66.6 per cent of its Uganda stake to France’s Total and China’s Cnooc for $2.9bn two years ago.

The case is still before the tax appeals tribunal in the Ugandan capital Kampala.

Consequently, Tullow paid $142 million to URA, before lodging its appeal. Ugandan law requires one to pay 30 per cent of any disputed tax before the case goes to court.

“The case has been heard before the Tax Appeals Tribunal in Kampala with a decision expected by May 2014,” the report notes.

It adds: “Tullow believes that it has a strong case under both international and Ugandan law and currently views the most probable outcome to be that any liability will be at a similar level to the amount already paid on account.”

This is not the first time Uganda’s government is embroiled in tax disputes with oil companies over capital gains tax. Last year, a court in London ruled that Heritage had to respect Ugandan law to pay the $434 million that had been assessed as tax when it sold its entire stake to Tullow Oil.

Tullow expects the progress in Uganda to bolster its accounts this year after the company’s profit after tax slumped to $216 million in 2013, from $666 million in 2012, representing a 68 per cent decline.

In the financial report, Tullow said it intended to acquire production licences after submitting requests for a couple of wells. Recently, a memorandum of understanding (MoU) was signed between the Government of Uganda and Tullow, Cnooc Ltd and Total, which outlines the framework for the Lake Albert Rift Basin development, targeting more than 200,000 barrels per day gross production.

“The partnership submitted production licence applications, including field development plans, for seven of the fields in line with the agreed commercialisation plan in the MoU. Remaining Field Development Plans will be submitted during 2014,” the report reads in part.

According to Ernest Rubondo, the commissioner for the Petroleum Exploration and Production department, Tullow has to date submitted applications for production licences together with their respective field development plans, petroleum reservoir reports for eight discoveries namely; Mputa, Nzizi, Kigogole, Nsoga, Ngara, Ngege, Kasemene and Wahrindi in Buliisa and Hoima districts, while Total E&P Uganda submitted an application for a production licence over the Ngiri discovery in Buliisa.

The report also notes that the Ngassa discovery, which extends beneath Lake Albert, has been written off due to offshore appraisal and development being currently uneconomic. The oil firm says oil price and overall market volatility is this year’s greatest risk.

In neighbouring Kenya, where Tullow is one of the biggest explorations firms, the company also made significant strides.

“In Kenya, the government gave its support for development studies to commence and the joint venture partnership is aiming to reach project sanction for development, including an export pipeline in 2015/2016,” the report reads.

“Given the significant volumes discovered and the extensive exploration, appraisal and seismic programme planned to fully assess the upside potential of the South Lokichar basin, Tullow and its partner have agreed with the government of Kenya to commence development studies,” the report reads.