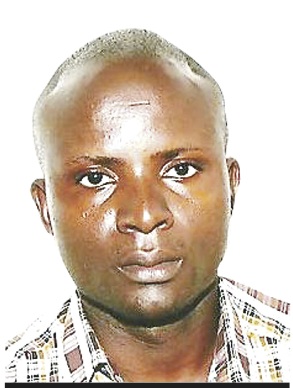 Malaria is a leading cause of morbidity and mortality in Uganda, with an estimated average of 10.6 million malaria cases each year.

About half of the hospital inpatient deaths in children under the age of five are related to malaria and many people die in their homes. The overall cost of malaria in Uganda is estimated at nearly one per cent of the Gross Domestic Product.

Among other interventions, indoor residual spraying (IRS) is one of the interventions used in the control of malaria. IRS is done by applying liquid insecticides with long-lasting effects inside the upper wall surfaces of houses in order to kill mosquitoes or other insects that come to rest on indoor surfaces.

For instance, IRS can be done using DDT which was widely used in the second half of World War II to control mosquitoes from spreading malaria and lice from transmitting typhus primarily in military populations.

In Uganda, DDT was used between 1959 and 1962 by the British government in Kihihi sub-county, presently, Kanungu district. However, DDT was banned in the 1970s due to its negative health and environmental effects especially after increased public awareness from scientific publications such as the Silent Spring by Rachel Carson published in 1962 that brought awareness of the environmental hazards caused by DDT and its bioaccumulation and biomagnifications in animals and humans.

DDT is classified as an endocrine-disrupting chemical (EDC), a persistent organic pollutant (Pop), a reprotoxin and a carcinogen by the International Agency for Research on Cancer (IARC). The Stockholm convention on Pops allows the use of DDT in indoor residual spraying (IRS) for disease vector control such as malaria vectors ONLY when there are no safe, affordable, effective and locally-available alternatives.

The debate for the reintroduction of DDT began in early 2004 and its use for malaria disease vector control was okayed by the National Environment Management Authority (Nema) in November 2006. Given their geographic attributes and malaria epidemiology, Oyam and Apac districts in northern Uganda were selected to be the pilot sites for a targeted large-scale DDT indoor residue spraying (IRS) PMI/USAID project.

While spraying DDT in these two districts, WHO guidelines were not observed and there was evidence that regulations regarding insecticide control were not followed, and the whole programme implementation was flawed. Whereas the demand to reintroduce DDT has increased, especially in African countries, there is limited technical know-how of handling it safely.

DDT spraying is very expensive. It requires trained personnel, expensive monitoring teams, testing equipments and a special way of disposing its waste. The risk of severe economic impacts from spill-over effects and from deliberate misuse of DDT in agriculture on smallholder farmers is, therefore, evident.

In fact, one physician who was working with the Centres for Disease Control and Prevention (CDC) and was involved in the United States’ DDT spraying campaign remarked: “We kicked a dying dog”. Malaria is not like HIV/Aids, ebola or Sars which do not have known cures and its use may have little impact especially where the malaria vector tends to rest and bite outdoors.

Uganda being an agricultural country, using DDT will affect its agricultural and fish export market. Case studies from Mexico, Vietnam and recent evidence from Kenya show that malaria can be eradicated without using DDT.

These countries focused on informing endangered residents about the threats posed by mosquitoes and the elimination of breeding sites through community works, treatment of stagnant bodies of water (breeding sites) with environmentally-friendly products, distribution of bed nets and treatment of the Malaria disease itself.

Uganda Network on Toxic-Free Malaria Control (UNETMAC) and Biovision Foundation for Ecological Development (BIOVISION) are committed to the goal of reducing, and ultimately eliminating, the use of DDT, as noted in the Stockholm convention on persistent organic pollutants, and reaching the millennium development goal of halting and beginning to reverse the incidence of malaria.

The writer is the secretary general, Uganda Network on Toxic-Free Malaria Control (UNETMAC).