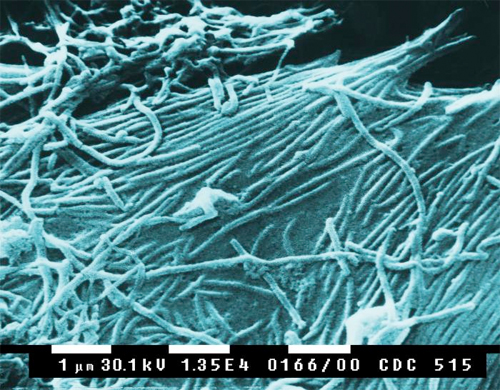 The Ministry of Health would like to inform the general public that another Viral Hemorrhagic fever, Ebola, has broken out in the country.

This follows confirmation from the laboratory investigations done at the Uganda Virus Research Institute in Entebbe that two people, all from one family in Kakute sub-county, Sambu parish in Nyimbwa sub-county, Luweero district, had died of Ebola, the Sudan strain.

A total of three people have since the onset of the outbreak died in Luweero district located in the central part of the country. The first case, a boda boda rider, died on October 25th after presenting with signs of high fever and bleeding from some body parts. However, no samples were taken from this case as it was not reported to the health facility.

A number of suspects have already been identified and attended to appropriately. Currently, there are five suspects closely being monitored by our surveillance team. One is admitted at Bombo Military Hospital, two at Mulago National Referral Hospital Isolation facility while three are still in the communities. Those admitted have an epidemiological link with the index family and nursed the earlier two who were confirmed to have died of the disease.

The Ministry of Health and its partners have to this effect moved fast and beefed up all the necessary measures to control the spread of this highly contagious disease.

• A team of experts from the Ministry, World Health Organisation, MSF, AFENET are already on ground to support the response plan.

• A national taskforce coordinated by the Ministry of Heath has now refocused its attention to the Luweero epidemic since the Marburg situation in western Uganda is fully under control.

• Plans are underway to create an isolation facility at Nyimbwa Health Center IV or Bombo Military Hospital.
• The Luweero district taskforce has been reactivated and is developing a response plan

• Active and sustained tracing and listing of all possible contacts that were exposed to the suspected and confirmed cases are in high gear. So far, a number of contacts have been recorded and are closely being monitored.

• The isolation facility at Mulago National Referral Hospital has already been reopened and has admitted two suspect cases.
• The necessary drug supplies and logistics for case management have been mobilized. The National Medical Stores have been requested to send the necessary logistics.

With the above measures, the Ministry of Health is confident that the outbreak will be effectively controlled and there should be no panic among the population.

Ebola is a highly infectious disease, which presents with high grade fever and bleeding tendencies. It is very infectious, kills in a short time but can easily be prevented. The signs and symptoms of the disease include
• fever,
• vomiting,
• diarrhoea,
• abdominal pain,
• headache,
• measles-like rash,
• red eyes, and sometimes with bleeding from body openings.

It can be spread through direct physical contact with body fluids like saliva, blood, stool, vomit, urine and sweat from an infected person and soiled linen used by a patient. It can also be spread through using skin piercing instruments that have been used by an infected person. Likewise, a person can get it by getting in touch with a dead body of a person who has died of the disease.

The Ministry of Health urges the public, especially in Luweero and the neighbouring districts to take the following measures to avert the spread of the disease.

• Burial of suspicious community deaths should be done under close supervision of district health workers
• Report all suspicious deaths to the health workers
The Ministry of Health once again calls upon the public to stay calm as all possible measures are being undertaken to control the situation.  The country will be kept informed further on the outcome of the health emergency.