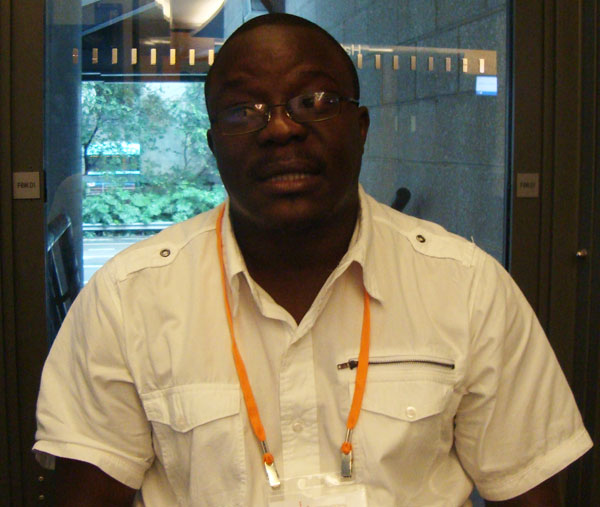 On the sidelines, Kakaire Ayub Kirunda spoke to a Ugandan HIV prevention research expert with the University of Washington, Dr Patrick Ndase, on the prospects of an anti-HIV vaginal gel. Excerpts below;

What are microbicides?
These are products or agents that a woman can apply vaginally or topically to reduce the possibility of catching HIV. This product could be a gel or a ring or a film – all would fall under what we now call microbicides for HIV prevention.

During trials, some women get infected, how does this happen?
That kind of thinking reminds me of a time when a Ugandan gay activist ended up dead for whichever reason and then [many people concluded that he was killed because he was gay].  It sort of led to the question: “Should a gay activist never get involved in activities that may potentially lead to his murder, but it is okay for others to be murdered and the whole world doesn’t have to talk about it?” The truth is whether or not women are participating in clinical trials, they get infected.

For example, in Rakai, in HIV discordant relationships there were negative men and women who were unaware that their HIV-positive partner acquired the virus at rates that were three times higher than seen in the same couples who were participating in the clinical trials.

To date, only 1 % Tenofovir gel has shown some effectiveness at 39 percent, why continue committing funds that would have been spent on ARVs for treatment?
Research for [scientific] products that work against diseases has never been easy. It has been a continuous effort that has taken years. For example, it took 40 years to find a polio vaccine. They were years of research that eventually led to a breakthrough. We have to run a similar course with HIV.

When we test products and they are disappointing, we learn immensely on how to go forward. I think we are at a level where the field is not necessarily desperate to think that this route of HIV prevention shall never work. We have signals that it will work. You sound optimistic, but the same product that proved effective by 39 percent failed to work in another trial.

There are different studies. What we had in one [CAPRISA 004] of those studies with 39 percent effectiveness, women used the gel around the time of sexual intercourse, and in the VOICE study, the gel was used daily. Now the question is whether asking women to use the gel daily was way too much for them to be able to adhere to inserting the gel.

But I must also add that in science, the rules of the game that would lead to [success] are not as simplistic. We can’t base our recommendations on just that one study. As we speak now, there is another investigation studying the same Tenofovir gel in the same way that it was used. We will have results somewhere in mid-2013.

If women can’t take contraceptive pills freely, what makes proponents think that in the HIV context, a gel will be a game changer for women in negotiating sex?
When we do clinical trials, we cannot quite explicitly say how what we find will play out in a real world context. [But] to draw from the lessons of the past, women who need contraception have to figure a way to access it. Nobody has to look back and say just how many women struggle with contraception. What we are really trying to get here is the same modality that we have for something like contraception options.

Some women will struggle with the possibility of inserting gels vaginally on a regular basis while others may not struggle that much. And those who struggle can then have a ring or take a pill as an alternative. So, the more options we have available, the higher the chances that we shall actually have something that is useful to somebody within the circumstances they find themselves.

If we limited our options now based on the challenges that we are having on the path to discovery, then we would be stuck with a situation where we have one or two options. If you look at contraception, some women go for the coil, others opt for the pill, others implants and others go for condoms. The range is limitless and I think that is what we really need because nothing works for everybody all the time.

There are some concerns that microbicides will be an inconvenience to good sex.
Well, life is an inconvenience in itself; I mean there are people who struggle with the possibility of putting on seatbelts because they feel inconvenienced. But truth is, that does not make seatbelts less useful to people in vehicles. We must know that HIV is not a simplistic disease. HIV kills, disrupts people’s economic ability especially if it is affecting heads of family.

We have to take all the necessary precautions to guard against the possibility of infection regardless of the little inconveniences that we may experience. Because I do not think that if you had a gel insertion two or three hours before sex it would be a gross inconvenience. Besides, we have anecdotal reports showing that women potentially enjoy having the gel because it provides some lubrication effects. There may be pros but there are also cons. That is the normal life process.

Do HIV prevention studies ever consider male engagement given that sometimes it is men who express discontent?
As far as I can remember, all our clinical trial sites in Uganda, South Africa, Zimbabwe, Zambia, Malawi… have male involvement programmes with key focal persons. We also do male tolerance studies for these gels. We have to be sure that a product that a woman inserts in the vagina is going to be friendly to the man.

If a gel eventually gets approved, won’t it be expensive as was the case with antiretroviral drugs when they had just come on the scene?