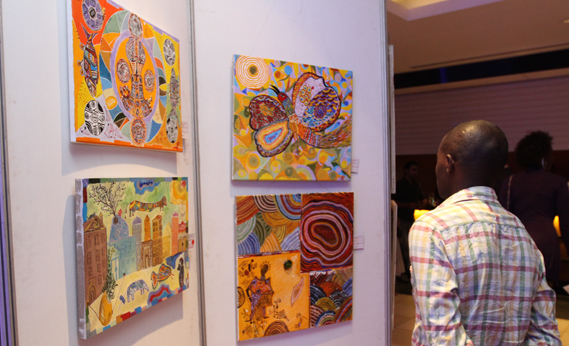 By 6pm last Friday, all was set in Sheraton hotel’s Rwenzori ballroom.

The Jazz Bass Theatre crew tested their machines for yet another explosive concert. An exhibition of art paintings and CDs by Alex Rostotsky was going on. The CDs were going for Shs 15,000 to Shs 50,000, while the art works ranged from $400 to $1,300.
One of the art pieces was titled A constellation of fishes and birds, priced at $550.

“This is a picture about life. It has a sign of Pisces, which is my star sign,” Rostotsky said. So what would be unique about this concert? I asked. 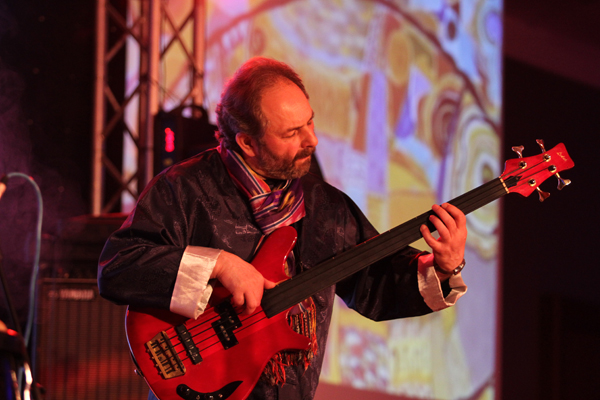 “The music I am going to play represents people from the different point of view of culture,” he answered.

He was in the company of Paulina Melik, one of the directors at the Russian African Foundation for Science, Culture and Economic Development (RAFSCED) as he fielded questions from his guests. Sanyu FM’s Crystal Newman was emcee at the gig that also had familiar faces, such as Capital FM’s Allan Kasujja and reggae artiste Ras B. Ssali.

At about 8pm, the multi-talented Russian came on stage, donning a black long-sleeve shirt and green corduroy trousers. He carried a red e-bass electric guitar and introduced his crew, before playing a piece from Russia. Lev Slepner one of the Jazz Bass Theatre members displayed great skills playing the Marimba-vibes, while Rostotsky played the guitar, Timur Nekrasov played the saxophone and Alexander Kulkov manned the drums.

Our own Isaiah Katumwa also featured and played a saxophone as he performed with Rostotsky. He was given a thunderous applause after the Russian piece was done. Rostotsky’s combination of the marimba, guitar, saxophones and drums produced a sweet melody of jazz that captivated the audience. 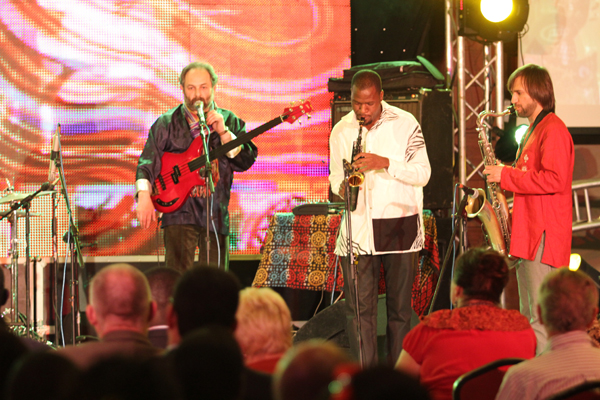 “This is the first time I have attended a jazz concert. It was a great performance,” said Doreen Akello, a guest at the concert.

The show ended past 10pm and from the contented smiles around, it was an exceptional display of talent.