Bark cloth has always taken a back seat as the burial attire.

However, last Thursday, fashion designers exhibited the potential that lies in bark cloth in a fashion show hosted at the Uganda National Museum.

The pieces were partly or fully made out of bark cloth (lubugo) as fashion designers based here and abroad hatched a plan to make bark cloth one of the mainstream fabrics on and off the runway.

This was courtesy of the “Bark 2 The Roots” project, a brainchild of Josephine Kyomuhendo, a UK-based fashion designer, whose label José Hendo has been featured on fashion shows in Europe, New York fashion week and recently the Kampala fashion week.

The project collaborated with Makerere University school of fine artist, and fashion designers such as Stella Atal, Eva Mynsberghe and Anne Musisi, among others.

The idea is to bring together researchers, designers, education institutions and buyers, among other stakeholders, to promote the environmental friendly, sustainable and renewable material that bark cloth is. 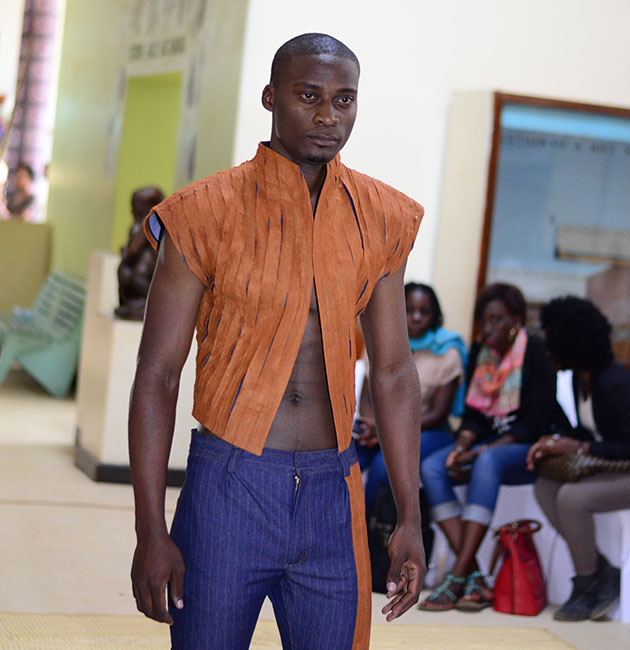 Some designers showcased how the material from the mutuba tree can be used as fabric for clothing, and decorated with patterns or mixed with other textiles, while Mynsberghe showcased how she is using the material to make jewelry.

José Hendo showed the potential of bark cloth and how it can be maneuvered during designing. Her haute couture avant-garde designs showcased that day showed how the material can become a global trend.

She explained that she is using explosion of colours plus silhouettes and patterns that can be embraced by the young generation. That way, bark cloth can move forward but keep its heritage.

The event partly put together by activist Winnie Sseruma also brought together fashion lovers from all walks of life, including eco-sustainable designers.

Bark cloth was the only form of fabric way back before fabrics like cotton, nylon, and polyester, among others, pushed it out and left it for the coffin.

This project could end the stigma attached to it and put it at the same level with the likes of leather, silk and other fabrics.