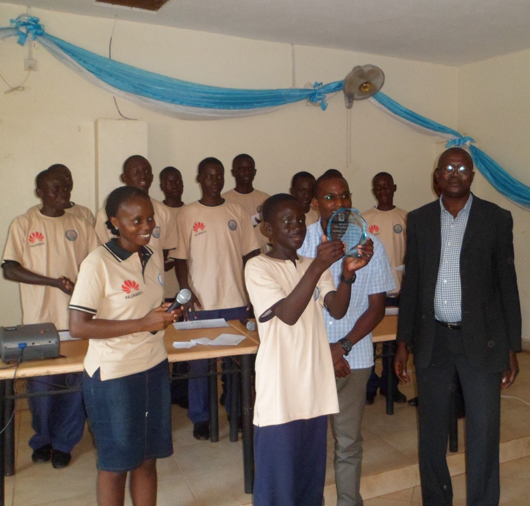 Dr Obote College Boroboro is the winner of the Northern region Science and Technology Innovations challenge held in Lira.

Boroboro beat Lira Town College and Lango college, the only other participants in the contest. The ilabs@mak project under Makerere’s College of Engineering, Design, Art and Technology (CEDAT) runs the contest to identify gifted students in computer programming.

“We have worked hard for this. I am happy we have won,” Daniel Rumasaid, said as he held onto the plaque.

The runners-up, Lira Town College, designed an automatic truck – a robotic load lifter/ truck, which uses an ultrasonic sensor to determine if the truck is loaded before it can move to a given destination. When the truck has been offloaded, it automatically moves back to its original position.

They also showcased a robotic home security system.  Lango College assembled a robot that pumps water as an alternative to the manual boreholes.

“This robot was motivated by my need for clean water in the region,” Daniel Opan, a student at the college, said.
“We designed a machine that can save human energy and time.”

The school uses a borehole which the students say contributes to noise pollution. The results mean that the three schools will participate in the grand challenge, competing against schools from western and central Uganda on September 22. Ntare School and Maryhill High School will represent Western Uganda in the finals.

The schools started preparing for this challenge a year ago when ilabs@mak deployed internet laboratories in various upcountry schools in an effort to alleviate the logistical challenges associated with physical laboratories, such as insufficient equipment, space and staff.