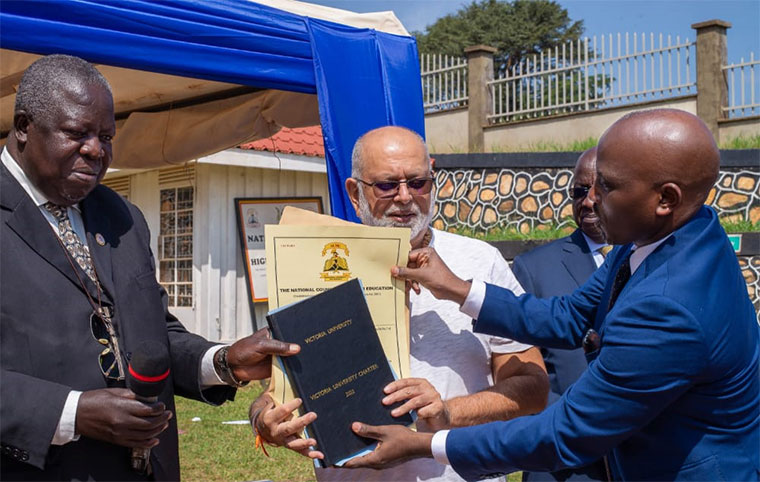 All universities that have exhausted the three-year grace period of operating with provisional licenses risk being closed, the executive director of the National Council for Higher Education (NCHE), Prof Mary Okwakol, has said.

For institutions whose provisional status is also on the verge of expiring, they need to make an effort of applying for charter status.

According to Okwakol, the affected universities have been issued notices to apply for the grant of a charter but a few have honoured the council’s warnings.

“Universities are supposed to operate as provisionally licensed for three years. During this period, they are supposed to have obtained a charter or at least applied for the grant of a charter. Recently, we sent out another notice to universities giving them a maximum of one year within which to get a charter,” Okwakol said.

She added: “So far, some have applied and we are reviewing their applications while those who will fail, the council will decide the penalties at an appropriate time but they risk being closed. That is a possibility.”

Okwakol was speaking during the handover ceremony of the Victoria University charter certificate that was signed by President Museveni last month at the NCHE secretariat in Kyambogo last week. She commended Victoria University for being vigilant and continuously responding to the council’s verification reports that led to the grant of a charter.

“When they [Victoria University] first applied, we declined to even consider the application because we found them not fit for the charter process to commence. They received our reports and recommendations positively and addressed all the areas of weakness,” she said, urging the university officials to; observe principles of good governance, continuously improve the university infrastructure, implement programs accredited by NCHE, hire qualified permanent academic and administrative staff, admit qualified students and affiliate with recognized institutions.

According to the Universities and Other Tertiary Institutions Act (2001), a charter is “granted by the President under this Act as evidence that the University meets the requirements and standards of academic excellence set by the National Council.”

Whereas a charter is the most prestigious license any university prides itself in, it takes a lengthy but thorough process to earn one, according to the NCHE director of Quality Assurance, Dr Pius Achanga.

“When a university applies for a charter, it does not guarantee automatic issuance of one. This lengthy and tedious but worthy process usually causes delays and some institutions complain of the same. However, the NCHE is duty bound to be satisfied at every stage before a final recommendation is made to the president on the readiness for grant of a charter,” Achanga said.

Speaking at the ceremony, city businessman and proprietor of Victoria University Sudhir Ruparelia described the charter journey as “robust and rigorous”.

“It has always been part of our vision to acquire a charter. It is not an easy thing to acquire. We went through a rigorous process and enhanced the structure of the university as advised by the council. It was a robust exercise of almost three years to achieve this and we are very proud to have a charter today,” Sudhir told The Observer.

“Victoria University is financially strong with the right professional staff and courses. We have a good professional team driving the university and that eased the charter process.”

Currently based in the city centre along Jinja road, Sudhir said management will consider moving into bigger premises to create more teaching and learning space.

The vice chancellor, Dr Lawrence Muganga, assured the NCHE management of churning out graduates with the requisite skills for the labour market as well as abiding by the conditions of the charter.

After the grant of a charter, a university ought to do internal self-assessment reports every two years and submit them to the council for verification. The charter is renewable after every five years following an external evaluation by the NCHE. If a university violates the conditions of the charter, the NCHE is at liberty to revoke it. To date, no charter has ever been revoked but some universities have lost their provisional licenses.

In 2018, the NCHE met all the universities that were provisionally licensed to discuss the way forward. In the meeting, some universities argued that it was not mandatory to get a charter after three years. The law was also silent on the matter.

The argument went on for some time until the council consulted the solicitor general who clarified that universities must hold a provisional license for only three years.

Another meeting was held to communicate the changes and various universities set their deadlines within which to apply for the grant of a charter. Due to Covid-19, most deadlines were not fulfilled and universities now have one year to beat the deadline.