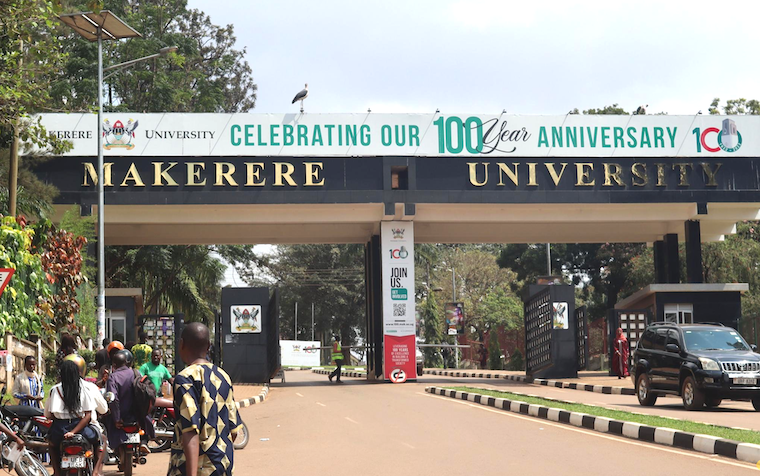 Four Makerere University students have sued the university council over the suspension of the guild elections.

In July, the university council suspended the students’ guild and indefinitely deferred elections for the university’s 88th guild president after Betungura Bewatte, a student at Uganda Christian University (UCU) was killed in clashes that pitted supporters of the National Unity Platform (NUP) against those of the Forum for Democratic Change (FDC) on the last day of the campaigns.

The council then set up a six-member committee to review all operations of the student leadership before a final decision is made. A month later, the committee released a report to the council which was never made public, but part of the resolutions that were later made by the council was to approve the students guild statute subject to the amendments proposed by the council.

Nambassa, Lawel Muhwezi, Kelvin Luyombya, and Muzafaluh Kabuulwa who filed the suit want the High court to declare that the suspension of the guild elections, students guild, caretaker government, and the senior common room was illegal and contrary to the 1995 Constitution, the University and Other Tertiary Institutions Act 2001, and the Makerere University guild constitution as amended.

Others who have been sued include the university council chairperson Lorna Magara and the vice chancellor, Barnabas Nawangwe. The students also want court to declare the decision by the vice-chancellor to suspend a student Suleiman Namwoza illegal and unfair and consequently release an order quashing the suspension. They also want a permanent injunction restraining the respondents from enforcing the impugned suspension orders.

Last month, Nawangwe suspended Lumumba Hall speaker Namwoza for convening an online meeting which was attended by former guild aspirants, intended to push for the reinstatement of the guild leadership.

The students also want court to declare that the action and process of reviewing and amending the students' guild constitution by the university without involving students are unfair and illegal.

The university council resolved to review a section of the guild constitution. According to the council, students were supposed to vote for a constitutional review commission through universal suffrage in every college, and hall of residence.

The commission had to include representatives from each of the colleges, each of the halls of residence, Jinja campus, and disabled students. The university council further noted that the constitution review commission shall provide students leadership at the university in the interim, but students argue that they never took part in these elections.

The students further want the court to issue an order directing the university to commence, conduct and conclude the process of the guild elections but also order the university council to jointly and severally pay the applicants the costs of this cause.