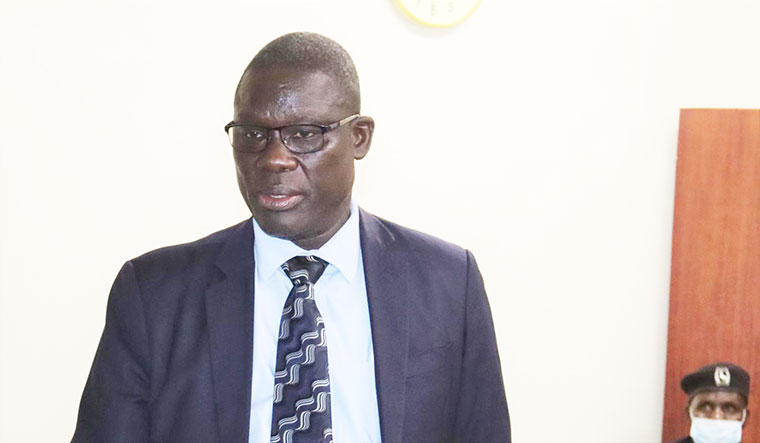 Gulu University council has approved the extension of Prof George Openjuru Ladaah’s term of office as the university vice chancellor.

Openjuru’s five-year contract extension was endorsed last Friday during the 53rd meeting of the university council. The new contract takes effect in January 2023 after the expiry of his first term of office.

The university deputy public relations officer, James Onono Ojok said the appointment was based on merit. Onono says the vice chancellor in his first term of office tried so much to improve service delivery and performance in all key areas at the university.

Openjuru said that the extension of his contract will help him to accomplish the projects he had started but got disrupted by the outbreak of COVID-19. He says his plans are to expand the university, stabilize its operations and increase educational performance not just by being among the best in Uganda but at the international level.

“Another five years is in order for me to consolidate my achievements,” said Openjuru.

He says he is proud to have accomplished a number of important projects for the university within his first tenure in office citing the near completion of a Shs 30 billion business and development centre building, stabilizing strikes both by staff and students among others.

He also notes that he was able to clear the university debts amounting to about Shs 6 billion and managed to raise the university cash flow from both the government and students from 39 per cent to 79 per cent.

Openjuru assumed office in 2018, replacing former vice chancellor Prof Jack Nyeko Pen-Mogi who led the university since its inception in 2002.

0 #1 Lakwena 2022-08-02 08:54
While I congratulate Prof George Openjuru over his continuity as VC Gulu University, but apparently all the Government/State Universities lack national character. And I am afraid, Gulu University is no exception.

In other words, in these Universities, there exist vicious nepotism, tribalism and/or ethic (clicks) ambivalence among the Administrative and Teaching Staff. Above all, the void of Professional Ethics especially "apparent conflict of interest".

Otherwise, these universities are breeding grounds for mediocrity and the widespread dysfunctional institutions in this country.
Quote | Report to administrator
Refresh comments list
RSS feed for comments to this post
Add comment