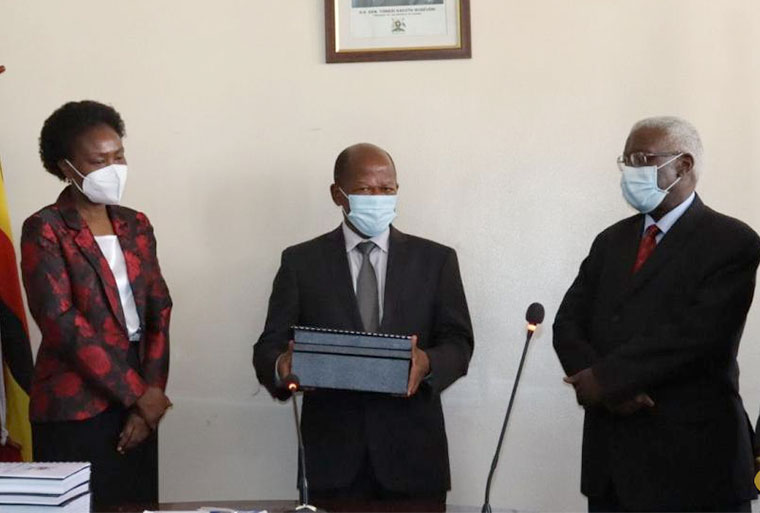 Government has officially taken over Mountains of the Moon University in Fort Portal.

The private institution was established as a community university in 2005 by a team of eminent people including the current Minister for Tourism Tom Butime, Prof Edward Rugumayo, justice Seith Manyindo among others.

In 2017, management of the university asked the government to take it over and turn it into a public university. Prof John Kasenene, the vice chancellor argued that they can no longer afford the high costs of running the institution. He also said that the university is facing a huge challenge to pay staff salaries and improve infrastructure.

Yesterday Thursday, the founders led by Prof Rugumayo signed a memorandum of agreement with the government. The government’s team comprised of minister Muyingo and Attorney General Kiryowa Kiwanuka.

Rugumayo noted that the takeover is a great step towards the realization of their greater aspiration of offering better education to Ugandans in the region and beyond.

Muyingo said that the university will commence its full operations as a public university on June 1, 2022. He also gave assurance to the staff in the institution that they will be given priority during the recruitment process.

“There will be a validation process for the staff. We think that since Mountains of the Moon is a chartered university, its staff must be meeting the required standard. However, that process will be handled after a new university council is put in place,” Muyingo stated.

He added that a four-member transition task force will currently manage the university. The team is chaired by Dr Pius Coxwell Achanga, the director of quality assurance at National Council for Higher Education (NCHE), Prof Kasenene as vice chairperson, Dr Edmond Kagambe, and Grace Kazooba as secretary and committee members respectively.

Dr Achanga said that the institution will retain its name following a survey across the region. The Mountains of the Moon University now becomes the second private institution to be taken over by the government after Kabale University in 2018.