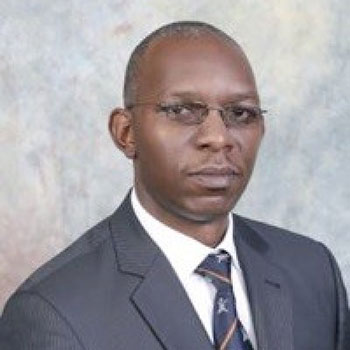 The position of registrar shall be occupied by Audes Tiragana in acting capacity while Silvanus Ahaisibwe assumes the position of chief finance officer.

The new vice chancellor is expected to report to the main campus in Nkozi on December 1, 2021, and assume office on December 7 after receiving instruments of administration from Mukidi.

The sweeping changes in the leadership of the university come at a time when the institution has been dealing with several internal struggles, with students complaining about the delayed release of results, uncoordinated online lectures during the pandemic and the delayed payment of lecturers who in some cases absconded from duty citing the absence of motivation.

Before being announced him as vice chancellor, Kyamanywa had served as the deputy vice chancellor at Kampala International University (KIU) western campus in Bushenyi where he is credited for having spearheaded the revision and alignment of all curricula for the different courses offered to fit the needs of the 21st century.

“…we have lost staff and overall, private universities have been hit hardest by Covid-19 in areas of finance and recruitment unlike the public universities. This position is an opportunity for us to be creative and bring the university community and stakeholders on the drawing board to redefine the direction of the university…” said Kyamanywa.

Kenneth Kajomure a third-year student of pharmacy at KIU western campus describes Kyamanywa as an administrator that did not allow titles to get into his head when intending to solve the problems of students.

“…in the evening of his assignments at KIU, we had an issue with the administration of pharmacy school which called in for his intervention. As a university top gun, he came down to the ground to interact with each pharmacy student to get their view of the problem. Due to his hands-on approach, the administration was changed for the benefit of everyone," said kajomure.

Cassius David Kisakye the university guild president says that he expects the new vice chancellor to emphasize the issue of student numbers that have been dropping over time.

"His primary focus should be on creating a strategy and plan on how the overall enrollment of students improves. All the changes he intends should drive towards improving the experience of students at both undergraduate and postgraduate level of education within the university system. I am hopeful that he shall steady the ship into a new form of normal. I hope that he incorporates as much input from the students as much as possible for us to work together….” said Kisakye.

He has previously served as the deputy vice chancellor at KIU-western campus before which, he served as the executive director of the university teaching hospital and dean of the school of dentistry at the same university. He is also a professor of clinical surgery at the Tulane University School of Medicine in New Orleans-USA.