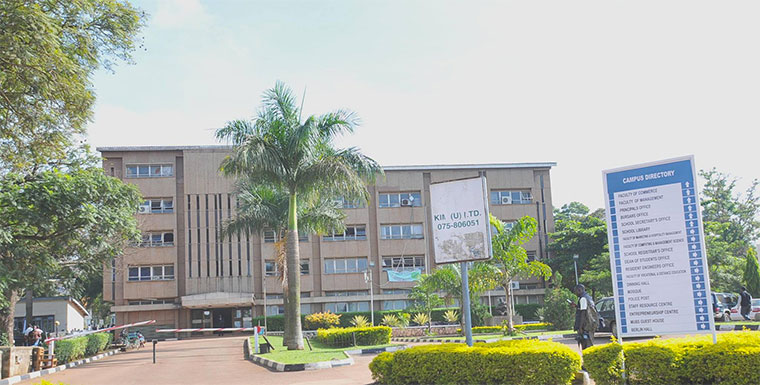 Makerere University Business School (MUBS) has banned bags and backpacks at the university campus after a series of explosions in Kampala city.

On Tuesday morning suspected suicide bombers detonated two explosions; one at the IPS building along Parliamentary Avenue and another at the Central Police Station (CPS) in Kampala.  Today's events come a few weeks after another attack in Komamboga, a suburb of Kampala, and another on a Bushenyi-bound bus.

In a circular released hours after the morning twin explosion in Kampala, the officer in charge of MUBS police station noted that bags have been declared a serious security threat to students and non-students during 'these harsh periods'.

"MUBS like any other public place is accessed by all sorts of people from different places with different motives. Considering the current terrorism threat in the country, security is making all effort protect everyone both within and outside the university," the circular reads in part.

Police informed students that effective November 17, they will not be allowing anyone with a bag to access campus. In the same development, all businesses that have been operating at the institution's main gate have been banned.

MUBS is the second university to ban bags at campus as one of the measures to guard against possible terrorist attacks. When institutions of learning reopened on November 1, Kyambogo University immediately stopped students from carrying their bags to campus.

Many students opposed the decision noting that they had no alternative means of holding their books and other reading and sanitary materials. However, the university management insisted that students should only carry books and manageable materials in their hands while going for lectures.