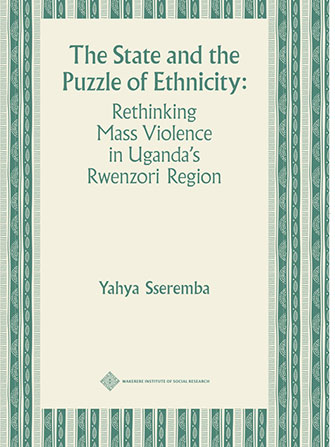 Anchored in the tradition of critical historians and theorists, such as Yusuf Bala Usman, Talal Asad and Mahmood Mamdani, YAHYA SSEREMBA has produced an indispensible book on ethnicity and mass violence in Uganda.

Beginning from the recent ruthless state offensive on the Rwenzururu Kingdom, Sseremba crisply offers a concrete historical and political context of the conflicts in the region,  writes Jacob Mwine-Kyarimpa.

Moving away from the Africanists’ valorisation of precolonial culture as an explanation for postcolonial mass violence, Sseremba emphasizes rather the politicization of culture, a diktat of colonialism, in incubating the violence.

While Africanists no longer dismiss the role of colonialism, they have learnt to defend it. Sseremba’s book equips the African scholar with a methodological counter-defence. He, for example, explores and emphasizes how indirect rule colonialism set in motion the tribalisation that continues to spark off conflict in postcolonial Africa.

If Africanists insist that African indigenous intellectuals are responsible for tribalizing their societies, Sseremba observes that the agency of the African intellectuals and their societies is derivative because it “is thinkable in the context of the circumstances in which the colonial state had made the tribe the basis for political inclusion [and resource access].” (Pp.18)

Tribal identity, a brainchild of colonial political modernity, remains a privileging identity. Those who successfully fashion self into a tribe attain a tribal homeland – as the case became of the Batoro, Bakonzo and Bamba. What is in a tribal homeland?

To govern, the colonial regime manufactured a tribal homeland as a container for the proverbial milk and honey. Those for whom the tribal homeland is fashioned instantly become natives possessing the right to partake of it.

Those who fail to weave themselves into natives cannot partake of this – and often have to think of another tribe. Does it now make sense that many ethnicities in Uganda are presently claiming districts and kingdoms, to the extent that they are willing to kill or die for them?

Sseremba however critiques the agency of postcolonial society for its reproduction of the divisive logic of colonialism. Instead of demanding for political communities where every resident has equal rights, the societies continue to foreground their ethnic identity as a basis for claiming rights.

He further critiques scholars and policymakers who advocate for the equal sharing of national riches among ethnic and religious groups as a way to end mass violence. The move only reinforces politicization of culture, and fails to realise the reality of ethnic diversity in Africa.

Sseremba, for example, reminds us that when the Bakonzo and Bamba advocated for the three-tribe solution in Toro and later separate homelands, they excluded the other ethnicities within such as the Banyabindi, Basongora, Babwisi and others.

The excluded societies are now demanding for either creation of their own, or inclusion into the existing tribal homelands! Such demands remain a trigger away from bloodshed.

Yet still, Sseremba cautions us that instead of criminalising the aggressors, we need to rather comprehend the history and politics that produce them.  Sseremba further observes that not even President Museveni should take the blame of escalating the formation for ethnic homelands because he only supports them “after realizing that the ethnic homelands are very popular [and why? Due to the] tribalized structure of the state” (Pp. 113).

The fragmented nature of the postcolonial state, not the postcolonial leadership, is thus the problem. Yet still, Sseremba’s book is not only an examination of tribalization and mass violence in Uganda, but also a prescription out of it.

Like Mamdani, Sseremba calls for a reform of the local state – a detribalization of society. We are called upon to dismantle the idea of ancestry as a basis for political inclusion, and he clarifies that it “[does] not mean the denial of ethnic and cultural differences” but a “depoliticization of ethnicity”  (Pp. 116).

Sseremba thus proposes “residence as opposed to ancestry as the alternative basis for belonging” (ibid). It is with residence-based political identity that equality in access to land, political office, scholarships and other opportunities, would be feasible.

Sseremba maps the contours of social science studies on Africa in the past few decades, offering an incisive and critical genealogy of scholarship on ethnicity, historiography and extreme violence in the region.

He mobilizes oral narratives, classified information and the archive to write us what remains the most extensive and historically nuanced account of the conflicts in the Rwenzori region.

More still, Sseremba is a scholar who is a storyteller. If you won’t read him to teach a class, you will read him to tell your children a story.

The author is PhD Fellow, Makerere Institute of Social Research