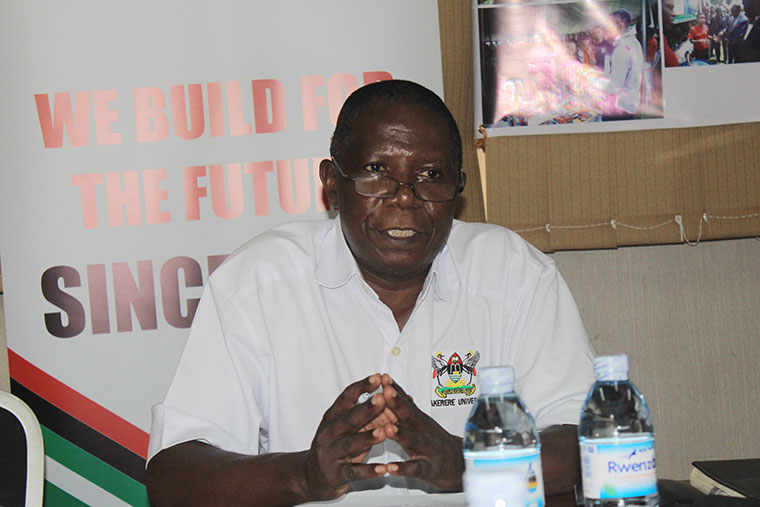 Dr Peter Turyakira speaking at the launch of the expo

Makerere University will on May 4-5 hold the fifth annual entrepreneurship students expo at the university’s rugby grounds.

Running on the theme: Youth Entrepreneurial Resiliencestudents are expected to exhibit different business prototypes in various sectors such as agriculture, service, and manufacturing.

Speaking during the launch of this expo recently at the university, senior lecturer Dr Peter Turyakira told The Observer that they want to uplift the skilling of their students.

“When you consider that so many graduates leave the university yet struggle to find work, the department [of marketing and management] saw it fit to try and empower the students with more practical skills than just mere theory,” Turyakira said.

Since 2016, the expo has provided a platform for over 6,000 students to use their practical skills, start up projects to generate their own jobs. The dean of school of business Godfrey Akileng noted that it was important for students to take part in such an expo to measure up and innovate considering the opportunity juxtaposed against the necessity in society.

Akileng said; “In this expo, students are encouraged to work on prototypes that will contribute to the wider good of society. It does not make a lot of sense to find everyone doing almost the same business, yet there are sectors that are lacking in services, which people need to explore too, and make a good living from.”

According to Cathy Mbidde, the team leader for the expo, the two-day function will be running from 8 am to 5 pm. It will be free entrance to the general public, and a platform for social networking for the development of the business ideas and prototypes on show.