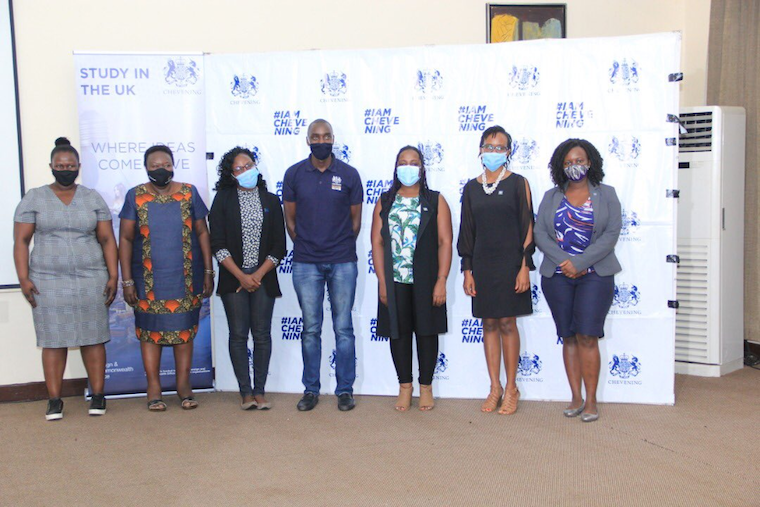 Helen Nanteza Kawesa, the recently-elected chairperson of the Chevening Alumni Association of Uganda (CAAU), says the organisation wants to impact on the lives of Ugandans for the long haul.

Since 1983, more than 250 Ugandans have benefited from the Chevening programme and include senior journalists, judges, lawyers, bankers, politicians, activists and civil society leaders, who in their CAAU umbrella association, aim to be society influencers to improve the economy.

Last year, CAAU raised Shs 5 million for the SOS Children’s homes. Kawesa, who is also the assistant director Communication and Public Affairs at parliament, says such interventions go a long way in bettering lives of the disadvantaged people. However, Kawesa adds that CAAU wants to create a wider public awareness about the Chevening scholarship, to provide more Ugandans with a chance to partake of the high-level UK education.

Tina Wamala, the communications officer at the British High Commission, notes that the CAAU executive has a mandate to promote social and professional interaction. Herein, they will be responsible for being mentors, as they create a forum for intellectual exchanges between Cheveners and the general public.

It is through exchange of ideas, that lasting solutions for societal development can be realized. Wamala added that CAAU will also embark on projects in the society through which they can aid the education sector in the country, while addressing the challenges of poor communities in that regard; refugees and health issues through their knowledge and expertise.

The Ugandan Chevening alumni join a global alumni of 50,000 people around the world who have received a Chevening scholarship. The Chevening programme has gone on to produce people who are making a difference to Ugandan’s economic development, people who are change makers with the ability to influence policy and enforce good for Uganda.

For example, Olivia Nalubwama, who is a Chevening alumni with a master’s in African Peace Studies from the University of Bradford, told The Observer, “Chevening exposed me to a functional system of governance, that delivers for the people. Even as a foreigner, I could access free and quality medical care in the UK. A full Ugandan cannot access free and quality medical care. The exposure broadened my horizons and aspirations for my country.”

Meanwhile, other notable Ugandans who have received this scholarship include Dr Livingstone Sewanyana, Dr Miria Matembe, Daniel Kalinaki, Sheila Nduhukire, Helen Kawesa Nanteza, Dr Charlotte Ntulume, Michael Kaddu and  Andrew Mwenda, among others, all of whom have been social influencers.