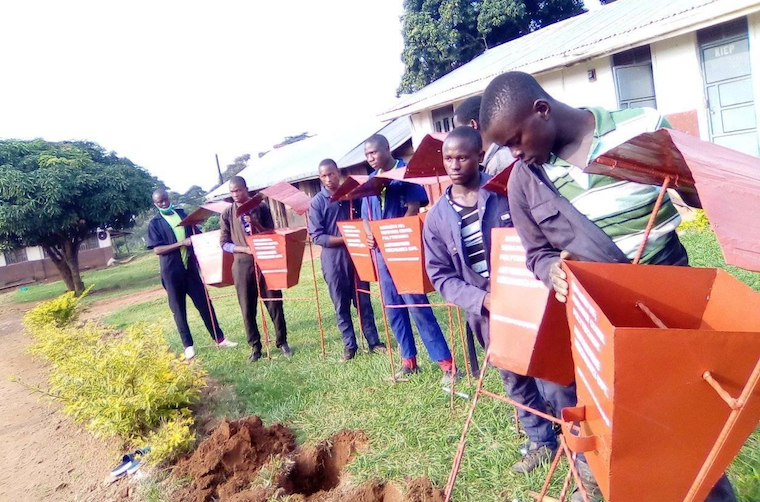 Some students of Bumangi Community Polytechnic

The future of 34 final-year students of Bumangi Community Polytechnic is at stake after the incumbent Kalangala Woman MP, Aidah Nabayiga withdrew her scholarships after losing in the election.

The legislator who lost the election to National Unity Platform (NUP) candidate, Helen Nakimuli has been sponsoring over 80 students and has now turned down the request to continue with the financial support.

23 of the affected final year students are females while the rest are males. None of the sponsored students has registered for the Uganda Business and Technical Examination Board (UBTEB) exams which are scheduled to start on April 8, 2021.

The remaining 46 students are also likely to drop out of school should they fail to find new sponsors. Morris Kuule, the bursar Bumangi Polytechnic, says that they haven’t heard from the legislator.

He is worried that most of the students are likely to drop out because their parents cannot support them. According to Kuule, the affected students are required to pay their own tuition of Shs 400,000 and registration fees of Shs 200,000.

Jordan Mutanginzi, one of the affected schools who have reported, says they are struggling to meet the school requirements without the legislator’s support.

Some of the parents said that because of the operations against illegal fishing, they cannot afford to pay tuition for their children. Nabayiga couldn’t be reached for comment as her known mobile numbers were switched off. She has also been physically unavailable in the district since losing polls.

+1 #1 rubangakene 2021-02-11 20:16
Pathetic! The MP should return her car and reimburse all the "free monies" and grants she received from the government forthwith.

These people do not have heart commitment to the electorate. Imagine the other MPs threatening to withdraw ambulances and so on.

Does it mean that they are there for their stomachs only. They practice "MUUPA, NIKUUPE!" meaning you give me your votes I deliver.
Quote | Report to administrator
+1 #2 Mary Florence 2021-02-12 10:09
This is absurd. If you accepted to carry the cross do it whole heartedly, whatever happened leave it to God you never know, you may be blessed in another way.
Quote | Report to administrator
Refresh comments list
RSS feed for comments to this post
Add comment