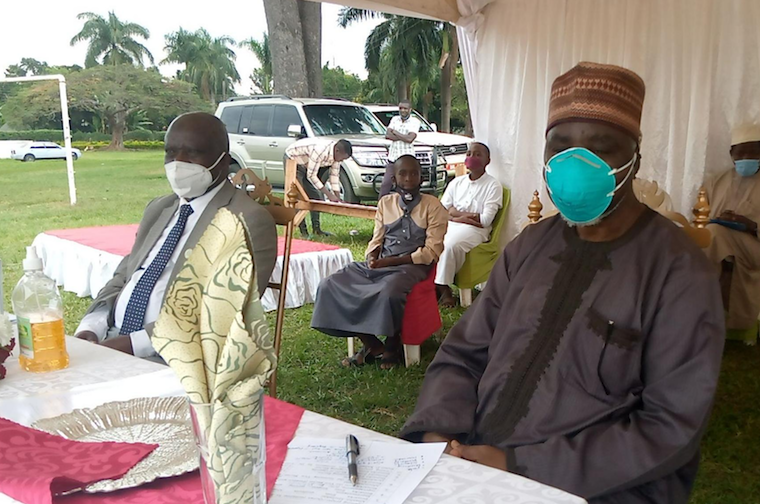 Dr Ahmed Kaweesa Ssengendo's 33-year long professional service to Islamic University in Uganda (IUIU) has finally come to an end. Ssengendo who has been IUIU rector since 2004 is leaving the university after being appointed assistant secretary-general of the Organization of the Islamic Cooperation (OIC) in charge of economic affairs last year.

Ssengedo will be replaced by Prof. Ismail Simbwa Gyagenda, whom he tasked to keep the values of the university. Speaking during a farewell party on Friday last week, Ssengendo said that he will continue offering support to the university. He, however, urged the new management to focus on solving the problems of the community.

He said that IUIU was established as a community-based institution that focuses on the discipline of students so as to transform people's lives. He added that the university should continue focusing on instilling discipline in its students.

"Now when we said; we are here for academic excellence, fine, but discipline is number one because we are sure that education without discipline can only produce educated fools who are social deviants. People who can’t help to solve social problems. Instead of being part of the solution, they become part of the problem. And Africa doesn’t have a shortage of graduates as much as it has a shortage of people who are not transparent and accountable and can keep a public good. That is the mission of this university - to produce graduates who will help in solving the social, economic problems of their society," said Kaweesa.

Prof Gyagenda pledged to better IUIU heights through being a team player, ensuring transparency and accountability and that he will give priority to the students who are the university’s key stakeholders, the academic and support staff.

He said that he's taking on the mantle of rectorship at such a difficult time of the Covid-19 pandemic and thanked his predecessor for his hard work and took hard decisions to preserve and grow the university.

The Mufti of Uganda, Sheikh Shaban Ramadhan Mubajje who was represented by Sheik Ahamada Wandega, the Eastern region Kadhi extended his appreciation to Ssengendo for serving the university selflessly. He also applauded him for the expansion of the university and supporting the training of Muslims in the region.

Ssengendo was one of the first eight pioneer staff sourced from Makerere University to start the Islamic University in Uganda in 1988. At the inception of the university, Dr Ssengendo served as university secretary up to 2001. He was then transferred to the IUIU Kampala campus as director from 2001 to 2003.

In February 2003 to January 2004, he became the vice rector academic affairs before he was appointed rector in 2004, a position he held until November 28, 2020, when he was appointed assistant secretary general at OIC.

Before joining IUIU, Dr Sengendo taught at Makerere University in the Department of Botany. He then went for his Masters and PhD at the University of Kansas, USA.

During his reign as the rector, Dr Ssengendo is remembered for improving the staff remuneration amidst continuous reduction of foreign support.