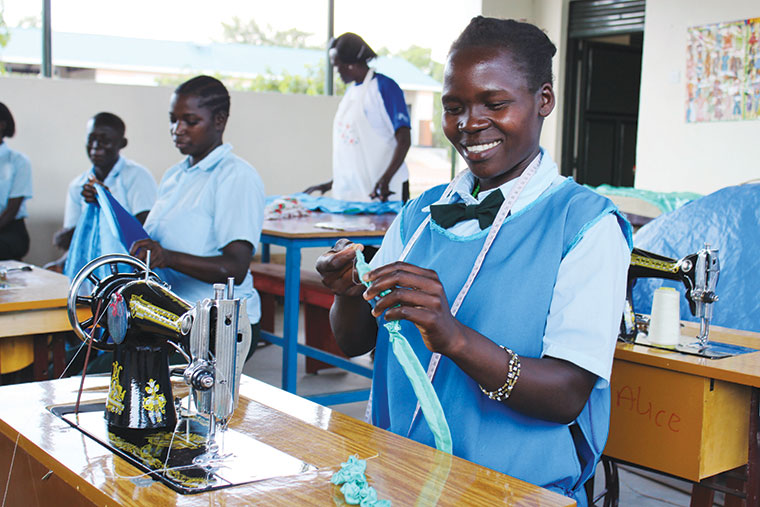 Vocational education is gaining popularity and attention from the public and government; it is competency-based, learner-centered and modular with multiple entry and exit opportunities.

The ministry of Education and Sports has launched a new framework for teaching all vocational subjects under the revised lower secondary curriculum. As soon as schools reopen for other classes, the framework will be implemented starting with senior one students who are also pioneers of the new curriculum.

The ministry’s permanent secretary, Alex Kakooza, said the framework is aimed at preparing learners early enough for the world of work as well as benefit from skilling programmes implemented in tertiary institutions.

He said learners can develop their skills as they progress academically or when they drop out of school.

“This is a unique intervention in the assessment of secondary school learners because we want to recognise prior learning. So, when a child does woodwork from senior one, by the time they get to senior four, we give them a level one certificate,” Kakooza said.

“We want to recognise these qualifications because after senior four, if this learner is not interested in A-level, he/she can directly join a technical institute and pursue level two in woodwork instead of starting a fresh from level one.”

Kakooza announced these plans at the recent closure of two workshops conducted by the Directorate of Industrial Training (DIT) that addressed issues of standards and assessment of vocational courses in line with the lower secondary school curriculum at UMA multi-purpose hall in Lugogo.

The review workshops were held separately at Ntinda and Lugogo Vocational Training Institutes. He cited schools such as Wairaka College in Jinja formerly known for imparting learners with unique skills in carpentry, technical drawing and agriculture but slowly lost interest in these vocations.

Learners would acquire the skills but the Uganda National Examinations Board had no mandate to assess their skills since they were not examined as vocational institutions. This, Kakooza added that, forced many learners, parents, and secondary teachers to lose interest in vocational subjects.

The DIT acting director, Patrick Byakatonda, said the new vocational framework has been revised to emphasize practical skills, attitude and moral values geared towards producing graduates with employable skills and competitiveness in the world of work.

“DIT will assess and certify eight pre-vocational subjects in the lower secondary curriculum. The competence-based curriculum has been packaged with new topics that provide hands-on skills in consultation with key sector players,” Byakatonda said.

He added that the task ahead is preparing teachers to rightly handle the vocational aspect that has been a missing link in the curriculum.

So far, 40 occupations have been developed, leaving DIT with 28 occupations to complete all the eight vocational subjects. Some of the occupations are; builder, poultry farmer, winemaker, hairdresser, phone repairer, visual painter, dramatist and swimmer.

The overall purpose of the review is to produce secondary school graduates with employable skills that are competitive in the job market.

In the new framework, learners will undertake training in any vocational occupation from senior one to senior three. Candidates shall be registered and certified by DIT to undergo occupational competence-based assessment and certification in line with the Uganda Vocational Qualifications Framework (UVQF) before sitting Uneb final examinations at O-level.

Byakatonda said the assessment framework has also come with new issues such as training of verifiers, and revamping school gardens, farms and workshops.

Baguma said this arrangement will be rolled out in a phased manner starting with schools that are already undertaking vocational education and those that have set up infrastructure to facilitate new teaching of science subjects.

“The government white paper emphasizes vocationalising of the education curriculum as early as O-level. So, how do we make children to turn around the subjects they learn and get skills out of them in their daily life?” Baguma asked.

She added: “With sciences, there’s more need to prepare learners hands-on as opposed to theoretical teaching. They cram things to pass exams but can’t do anything after their school life. For subjects like Biology, how do you create worms out of something you last studied in the classroom? How do you make spirit for use in salons out of chemistry practicals?”

For English language, NCDC said learners need to acquire skills in occupations such as interpreter, report writer, editors, among others, as part of the curriculum reform.

Baguma urged parents to encourage their children to take up vocational aspects of all subjects in order to develop positive attitudes before joining the world of work that demands high-order skills.