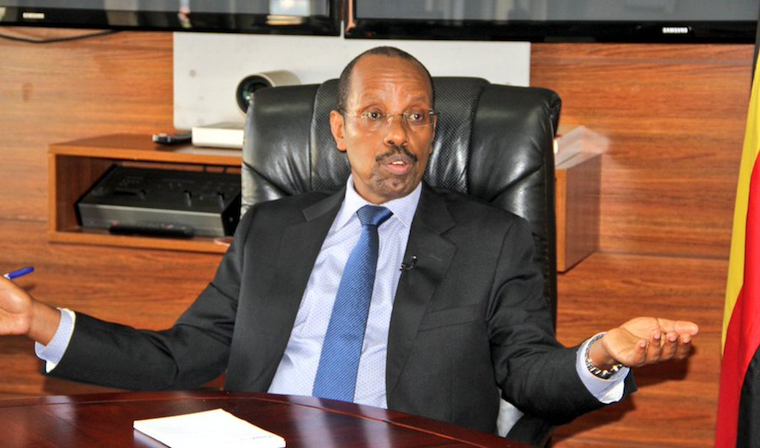 Head teachers in government-aided learning schools are up in arms over the decision by the ministry of Finance asking them to return funds they had received for the second term in the fourth quarter of the 2019/2020 financial year.

On July 22, Keith Muhakanizi, the permanent secretary and secretary to the treasury, ministry of Finance, Planning and Economic Development, issued circular requesting accounting officers and local governments to ensure that all schools return the capitation grant, intact, considering that the schools did not open for the second term.

“Submit the documentation confirming the remittance of funds to the consolidated fund in the Bank of Uganda for all the schools under your votes to this ministry for attention of director budget within two weeks, in any case, not later than 6th August 2020,” the letter reads in part.

The academic year was prematurely cut short on March 18, 2020, as a precautionary measure to forestall the spread of the coronavirus (COVID-19). At the time of the closure, President Yoweri Kaguta Museveni observed that it was paramount to protect the more than 15 million learners enrolled in schools at different education levels.

The headteachers note that the suspension of physical teaching didn’t mean that the learning had indefinitely closed and they protest the issued circular noting that part of the said money was already spent on different aspects as per their budgets. According to them, Muhakanizi seems to be ignorant of how schools operate.

Martin Okiria Obore, the national chairman of the Association of Secondary School Headteachers of Uganda, says when the president stopped students from attending school, it didn’t mean that schools closed.

Obore shares that the fund given to them is used for several activities some of which remained functioning even during the lockdown which means that the said funds cannot be intact at this moment.

"What the permanent secretary ministry of Finance has done is very unfortunate. It is unfortunate that he doesn’t understand how schools are run. It is also unfortunate that he doesn’t understand the costs involved in running the schools even when they are closed because when schools are closed, they continue to have overhead costs such as electricity, water. They continue to demand for maintenance, you have to keep essential staff," says Obore.

The capitation grants are computed based on school enrollment. The government provides Shs 10,000 for each pupil under the Universal Primary Education (UPE). Those under Universal Secondary Education are allocated Shs 41,000 and Shs 85,000 for O and A level respectively in addition to a block grant of Shs 100,000 per term.

According to the capitation grants expenditure guidelines, 50 per cent of the grant is supposed to be used on instructional materials; 30 per cent on co-curricular activities, 15 per cent spent on school management, maintenance, payment for utilities such as water and electricity, whereas 5 per cent on school administration. The funds are released every quarter in any given financial year.

Filbert Baguma, the secretary-general of Uganda National Teachers’ Association (UNATU) also finds the order ambiguous. He notes that the ministry might have forgotten that the school budgets run for a year and at times schools get supplies on credit and payback when the release is made.

Baguma says the matter needs urgent attention and discussion between the education ministry and their finance counterparts.

"That is in error and I think the people in copy of that letter should be in position to guide. Closing of schools doesn’t mean that the school is totally closed. We don’t have any time when the headteacher is not in school. Even when we’re on holiday, the headteacher may be in school and the school may be in operation somehow. And when you say the school should not completely get funds, then you’re crippling them." said Baguma.

The development comes at a time when the ministry of Finance has already taken a decision suspending funding to government-aided learning institutions until they reopen. The decision has also been challenged.

This reporter has learned that on Friday, the education institution leaders under their several umbrellas met with authorities at the ministry of Education to see how schools can be financed to run several activities even during the lockdown.

Several people who attended the meeting note that they had agreed with the ministry of finance to present their complaints in writing. President Museveni said last week that a decision will have to be made before the end of September on whether to declare a dead academic year, resume a candidate and finalist classes or reopen all schools after mass testing of all students.