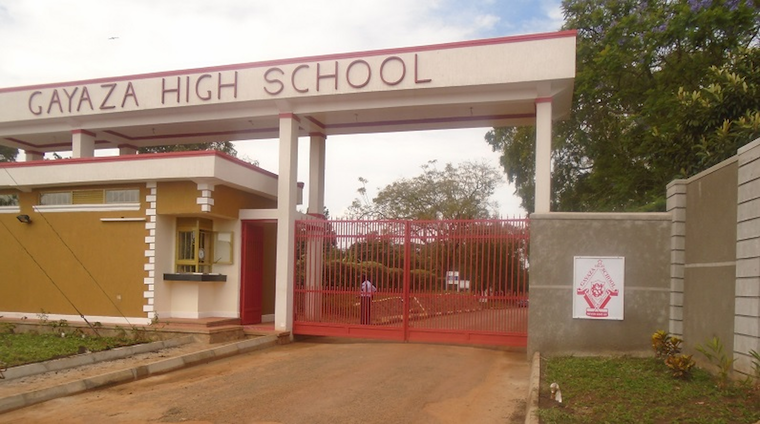 Last month, Gayaza High School was in the news after its head teacher Victoria Kisarale Serunkuma bid farewell to her 37-year education career, the last 10 of those spent at Uganda’s oldest girls school.

As many were still in celebratory mood, a clash between the education ministry and Namirembe diocese erupted over her successor. The ministry appointed Robinah Kizito Katongole against the church’s choice of Gayaza OG, Agatha Nakisekka Ssenyonjo.

The ministry prevailed, in a decision that could set precedent for all church/Islam-founded schools, as YUDAYA NANGONZI writes.

If you have been following the politics surrounding appointment of head teachers in government-aided, private-foundation schools, the case of 114-year-old Gayaza High is not new. A head teacher is posted to the school by the ministry, but the religious foundation in charge rejects the appointee and insists on their own nominee.

Similar rejections have come up at Trinity College Nabbingo (Catholic Church) and Nabisunsa Girls School (Muslim). Yet, Gayaza and Namirembe’s position stood out.

Sources privy to the process, who requested anonymity in order to talk freely, told The Observer Namirembe did not want to portray itself as actively engaged in the battle – especially since Kizito had been a deputy head teacher at Gayaza before she was posted to Makerere College School – but there is more than meets the eye.

As soon as Kizito left Gayaza, sources say, Namirembe requested the ministry to replace her with Annet Kabogozza Musoke, then a caretaker head teacher at Ndeeba SS. Musoke became the second deputy head teacher in 2016 – a position she holds to date.

Like Kizito, Nakisekka has also served as a teacher at Makerere College, before she was transferred on promotion to Wampewo Ntakke SS in 2015 as a deputy head teacher.

Still on request by Namirembe, Nakisekka was again reportedly transferred from Wampewo to Gayaza in 2017, a year after Kizito had left the top-tier girls school.  The church, it is said, wanted to furnish Nakisekka with some experience to take over from Kisarale.

“The church’s argument was that the first deputy head teacher of Gayaza [then], Ronald Ddungu, was male and Catholic. They appreciated Ddungu for his hard work, but because they wanted to fill Kisarale’s gap soon, they asked the ministry to transfer Ddungu from Gayaza to Wampewo Ntakke SS [which is also under the jurisdiction of the diocese],” our source says.  “This would now appear like a cross-transfer; Nakisekka had just left Wampewo and Ddungu would literally replace her there.”

This confusion worked for Ddungu, a highly respected educationalist. At the time, elders from Nebbi had requested the ministry to send them ‘their own’, Walter Nyeko Otti – then a deputy head teacher at St Mary’s College Kisubi (SMACK) – to be head teacher of Angal Girls SS.

Otti’s transfer to Angal created space for Gayaza’s renowned Mathematics teacher Ddungu who had been left hanging after Namirembe asked for his transfer. This, observers say, was a bonus blessing for the Catholic Ddungu to be posted to a boys-only, Catholic-founded boarding school, at the same academic rank as Gayaza.

In effecting the previous “odd” transfers, sources say, Namirembe diocese took it for granted that an acting head teacher would be confirmed head teacher like it was for Kisarale’s time. But the ministry seems to have tightened the grip and similar treatment would not apply for Nakisekka.

Kisarale joined Gayaza in 1998 as a substantive deputy. When Gayaza’s first African head teacher Kavuma stepped down to join elective politics, the ministry appointed Joy Male, who was then head teacher at Kitebi SS. Since Male was also due to retire, Kisarale used the same time to “study the system”.

When Male retired in 2006, Kisarale was appointed acting head teacher. On June 29, 2009, Kisarale was confirmed as head teacher to the applause of the church. Currently, insiders indicate that Namirembe argues that if the ministry accepted Kisarale to take over from Male, the same should apply to Nakisekka.

“Namirembe took it so easily that it would be a walkover for Nakisekka, citing previous incidents, something that has been met with backlash,” the source says.

During a major transfer of head teachers and deputies last year, Kizito’s first station as head teacher was Kitebi SS and one week to Kisarale’s official retirement this month, the ministry’s permanent secretary, Alex Kakooza, transferred Kizito back to Gayaza with immediate effect.

Kakooza’s letter shocked Namirembe diocese since it had written to the ministry last December, asking for a special submission of Nakisekka to become head teacher. The letter was signed by the bishop of Namirembe, Wilberforce Kityo Luwalira, but followed up by Rev Herbert Kabanda, an education coordinator at the diocese.

The ministry did not grant the special submission and instead posted Kizito. This, sources say, was a crucial moment for the ministry to engage with the church before issues got out of hand nine months later.

When contacted, Rev Kabanda declined to talk or meet with The Observer. After about six days of a cat-and-mouse chase, Kabanda sent text messages on the subject.

He typed: “Wewunya omusiramu atwagaza ki? Agende mu basiramu banne awandiike. Bo bebali obulungi ennyo?”  Meaning: “I wonder why a Muslim [The Observer journalist is Yudaya] is concerned about us. Write about your fellow Muslims, because I am certain they too have issues.”

When asked what one’s religion had to do with one’s profession, Kabanda added: “That is the message I got from [my] concerned people.”

He has since declined to respond to our calls and messages. On September 10, Kakooza had called for a meeting with Luwalira and his team, but it did not take place because the bishop was busy.

Last week, ministry officials and church leaders met and finally agreed that Kizito is the rightful head teacher at Gayaza. Nakisekka remains deputy head teacher in charge of academics. Kizito’s official handover at Gayaza is expected next week, on October 10.

In light of the Gayaza incident, the spotlight returns to the Education Act 2008, which says the ministry ought to consult with foundation bodies before appointing a head teacher to ‘their schools’.

Section 8(c) states: “….appointing heads for government and grant-aided education institutions and deploying such heads to institutions [will be] in consultation with foundation bodies.”

Since the presidential accent 11 years ago, the ministry has not issued any statutory instrument or guidelines pertaining to the Act. This has given room to foundation bodies such as Namirembe to use that provision to pin the ministry.

While the Act is currently under review, our sources note that such provisions like the role of foundation bodies need a thorough explanation.

Foundation bodies often reject ministry appointees on religious grounds, or say “we were not consulted as provided for in the Act”, yet government continues to facilitate schools constructed by foundation bodies.

When transfer lists come up, foundation bodies have a big say on the staff they need, especially at secondary level. It has also been the case during admissions, where foundation bodies reserve slots for admission beyond schools’ official cut-off points, until minister of Education and Sports, Janet Museveni issued stern guidelines in 2017 for schools to admit strictly on merit.

While Kizito has emerged victorious, sources indicate that a big section of Gayaza Old Girls Association (GOGA) had backed the church to support Nakisekka.

“When you dig deeper as to why they didn’t support Kizito, she is a very reserved person, and too strict. So, some old girls remain undecided because she is not a chatterbox,” another source that requested anonymity, says. “So, that fear is there, but she has more experience over Nakisekka.”

When The Observer contacted the GOGA chairperson, Rebecca Bukenya Ssabaganzi, she said: “I am not available for any interview on that. I am up for several meetings.”

To smoothly run a school of Gayaza’s calibre, one needs the support of one’s PTA, old students association, foundation body and the ministry.

Kizito can only hope she has time to swing all stakeholders in her favour, starting by turning the school’s declining academic fortunes around.

They are extremely disorganized and are greedy for money unlike their catholic counterparts.

They will quickly appoint a head teacher just because she is one of them or religious for that matter, they dont prioritize the love for the school and the ability of that head teacher, being an Old student s not good enough
Report to administrator
0 #2 John Owona 2019-10-04 15:39
Ability to perform and deliver expected results should be the leading consideration.

If the reporting is objective enough then the ministry took the right decision.

All-in-all, both of them can work collaboratively, alongside all other stakeholders, to deliver best results. All the best.
Report to administrator