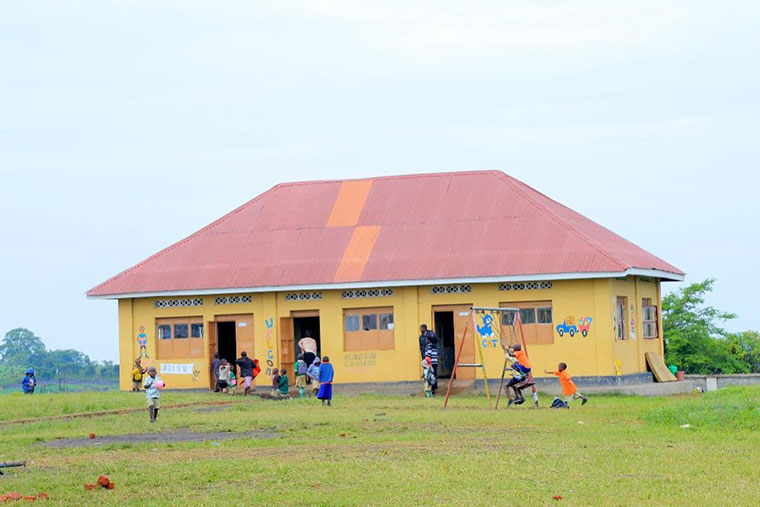 Pre-primary education is a key component for children aged three to five. However, many parents mainly in rural areas are unable to enroll their children in nursery schools owing to financial constraints. While government acknowledges that Early Childhood Education (ECD) provision is largely for profit which keeps out a significant number of learners, it has no funds to sponsor these children, writes YUDAYA NANGONZI.

Education and Sports minister Janet Museveni says that for parents in need of ECD, they should be willing to pay for the service at the available private centres. She said the sector is still challenged with other programmes that need colossal sums of monies to sustain.

She said this at the recently-concluded two-day education sector review at Hotel Africana. The purpose was to appraise and validate the ministry’s performance in the last financial year as well as agree on priorities for the Financial Year 2020/21.

“As you are aware, this [ECD] is still a private sector led subsector. We note the great benefits of ECD [but] it is too early for government to take over its implementation given the challenges we still have of inadequate financing in UPE, USE and UPOLET programmes,” Museveni said.

Museveni said it is necessary that the ministry first consolidates the gains of current programmes as “we provide policy, set standards, monitor and guide quality provision of the private sector-led ECD.”

Museveni said ECD is still a priority of the sector by declined to share a time-frame when asked if government plans to sponsor the young ones in the near future.

“Nursery schools are private-sector undertaken but government trains the caregivers though we don’t construct the [nursery] schools. I don’t want to talk about what happens in future before we get there. This is what confuses our people because if i make a comment about the future, people will think something is going happen soon,” she said.

In various education reports, private ECD centres have come out strongly with poor infrastructure, poor hygiene and unqualified teachers, among others while the quality of learning therein leaves a lot to be desired.

According to Unicef, only a tenth of children between three and five years are enrolled in formal pre-primary education in Uganda. “Community-based ECD centres receive very little state funding, are under-equipped, often lack the bare essentials such as clean water and toilets, and are managed by untrained volunteers,” Unicef notes.

“Investing in the early years is not only in the best interest of children, it is also key to developing human capital. Uganda’s future as a middle-income country depends on providing the tools for upward mobility and building an educated and skilled workforce. ECD is the most efficient way to accomplish this goal.”

Following the launch of the Integrated ECD policy in 2016, Unicef is helping government to increase access to, and coverage of, integrated community-based ECD services that meet national standards and benefit the most disadvantaged children.

The commissioner in charge of Basic Education, Dr Tonny Mukasa Lusambu, agreed with Museveni that there are still quite a number of factors hindering the sector to consider support to ECD learners in form of grants.

“We need to look into availability of ECD teachers, enough classrooms and play materials, and the Education Act of 2008 that is under review still places ECD in hands of private partners,” Lusambu said.

“Considering all these aspects, government is not ready. You can see that we need money that government doesn’t have now yet UPE is struggling.”

He explained that, in the meantime, all teacher training colleges have started training nursery teachers while an ECD curriculum was issued to institutions (nursery schools). Under the Teacher, Instructor Education and Training (TIET) department, there’s ongoing registration and licensing of institutions that train ECD teachers.

When ECD efforts intensified, public schools that had the capacity to run centres on a private arrangement were allowed start ECD education. In her remarks, the US ambassador, Deborah Malac, expressed similar concerns on retention and learning outcomes.

She said due to a combination of factors – including low levels of learning achievement, high drop-out rates and underinvestment in the sector – Uganda’s children receive only the equivalent of four to five years of education in the seven-year primary cycle.

Lusambu urged head teachers to refrain from enrolling children below the age of six in primary one.  “Where a parent has no funds, they should provide pre-primary education at home; after all, all education begins at home,” he said.

The Uwezo Uganda country coordinator, Dr Mary Goretti Nakabugo, hopes that government will one day change its approach towards ECD and sponsor learners. She argues that ECD is a key driver for learning outcomes.

“I understand priority is on UPE and USE/UPOLET but the gains that we want to make there could be driven out. Investing in ECD could be a cost-effective measure to have children who are ready for primary,” Nakabugo said. “Once the foundation is firm, we shall have fewer resources wasted. Right now, it looks that if you invest in ECD, you are taking away funds for UPE and USE yet we are wasting more money when learners repeat and eventually drop out.”

She also advised government to give subsidies to private providers such that ordinary parents can enroll their children for ECD education. As private providers continue to lead this subsector, a new Early Childhood Care and Education (ECCE) policy is in offing to replace the current ECD policy.

Museveni said the draft ECCE policy and its supporting documents are undergoing internal approval processes of the ministry before it is presented to cabinet for approval.