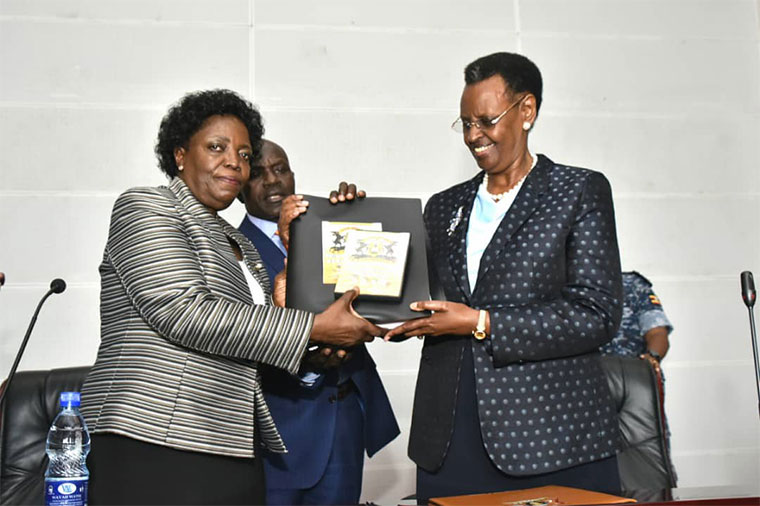 Three teachers, from the districts of Mityana, Kampala, and Wakiso have been charged with two counts of examination malpractice and conspiracy.

The three; Samuel Kironde, Godfrey Ssemugga and Dan Kafeero, appeared before the Jinja Grade One Magistrate's court, alongside a businessman, Hakim Ssenyunja with whom they allegedly connived to leak the 2018 Primary Leaving Examinations (PLE).

The prosecution alleges that between November 4 and November 6, 2018, Kironde and Ssemugga, being the district examination monitors and Uganda National Examinations Board (UNEB) scouts, willfully disobeyed UNEB’s code of conduct and revealed examination content to, Kafeero and Ssenyunja, who in turn sold them to different schools within Buyende and Kamuli districts.

It is also alleged that the accused persons conspired to commit a misdemeanour when they shared the contents of the PLE papers contrary to section 391 of the penal code act. The accused pleaded not guilty to the charges and sought bail.

However, presiding magistrate Amon Mugezi advised them to apply for bail within Kamuli magisterial area, the court jurisdiction where the alleged crimes were committed. They have been remanded to Kirinya prison until June 12, from where they will appear before Kamuli Grade One Magistrate's court.