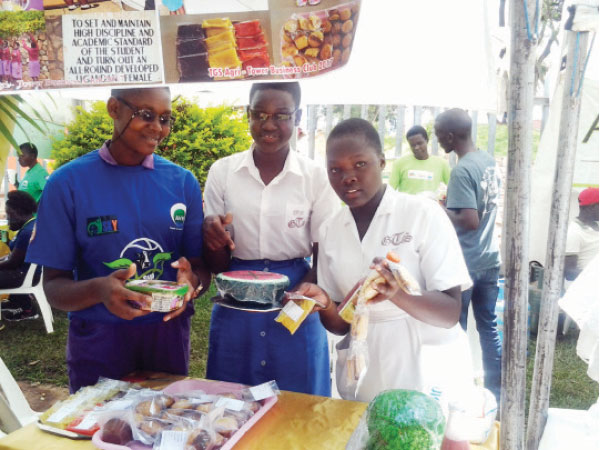 At one stage in Uganda, if you studied hard and graduated, you were assured of a well-paying job in one of the government agencies.

Most times, the job came with a house and other allowances. Within a few months of employment, you could walk to a brand new car dealership, whether in Kampala or Fort Portal, and get yourself a car with zero mileage. Yes, zero mileage!

Not these 15-year-old junk vehicles that dominate our roads today. Back then, brand new cars were not only for NGOs and government ministries and agencies. Today, there are thousands of graduates from nearly 30 universities without a corresponding number of jobs being created. I read and hear lots of people urging graduates to become job creators but the most difficult job in the world is to be a job creator.

It is not as easy as it rolls off a politician’s tongue and we should offer such advice carefully. What Uganda needs is what Education state minister Rose Sseninde urged last week — skilling young people.

How do we ensure that our youths, including graduates and students, have the skills needed to execute jobs that are available today and tomorrow? The skills development programme is a good start even though it needs to be extended to those at universities.

Ugandans love degrees but once they get them, they get themselves out of a job market that emphasizes skills. They want office jobs, which aren’t available. Now that the education minister is talking about skills, there is need to emphasize these skills in schools by first equipping teachers with such skills.

For example, girls and even female teachers sometimes miss school because of lack of sanitary pads yet each school can be able to make their own and perhaps sell the excess to the community.

However, skilling should go hand in hand with policies that promote small and medium enterprises (SMEs) because these can employ the majority of people. The first National Skills fair that is due this May at Lugogo is a good start and should open a debate on imparting skills instead of theories that is so common in our schools. We can learn from Germany, Europe’s biggest economy.

Germany has the lowest unemployment rate in the developed world because majority of its people work at companies whose annual turnover is less than 50 million euros. Such companies, because of their sheer numbers, tend to employ more people collectively.

For example, you may have the Roofings or Uganda Baatis of this world and they are important for any economy but they won’t employ as many people as the welders and hardware shops. This is because large companies usually deploy technologies that eliminate human jobs as a way of becoming more efficient. If you have a metallic gate at your home or office, you will be shocked by how many of those parts that make the gate were made by hand or with less advanced technologies.

That is why skilling the current and future generations is key. The big steel makers will provide the sheets and bars, the SMEs will make the end product. Alternatively, like in Germany’s automobile industry, the SMEs provide the parts that big boys need to assemble the cars.

German children spend 25 per cent less time in classrooms than children in other developed countries in Europe. In upper secondary, 50 per cent of the German students are in vocational training and apprenticeship programmes. German youths of ages 15 and 16 spend most of their time in workplaces where they receive training on the job.

After three to four years of such training, almost all these youths are guaranteed a full-time job. The Germans have less stigma attached to vocational jobs because that is what everyone does.

In Uganda, there is a lot of obsession with degrees. Parents celebrate when their children are admitted for outdated courses at universities and throw lavish parties when the children graduate with zero skills that the market needs. They end up moving from one office to another looking for the elusive white-collar jobs until they settle for the real jobs they despise or end up underemployed.

Skilling offers us a chance to ditch our education system that isn’t working anymore for one that has proven successful elsewhere. Let our children spend less time in classrooms.