Priscilla Ray, an ex-model with Zipper Models, is quite business-savvy and has her ducks all lined up in a row.

Doubters need look no further than the ‘Wellness’ baby diapers she is manufacturing for proof.

It is almost a year since the diapers we first made and they have already hit the shelves in giant stores and supermarkets in Kampala, Gayaza, Entebbe and Mukono, among other areas.

Living creative life out loud is one of Ray’s mantras and she has managed to bring one of her visions to reality – being her own boss.

From working as an investment analyst in a giant asset management company in the UK to being an entrepreneur, Ray has shown that she means business.

She grabbed my attention when once, while crossing the road, I saw her in a delivery mini van, almost entirely plastered with the Wellness Diapers graphics.

“Oh yes. I am a hands-on person. I do deliveries and meet clients myself. I do not believe in sitting in air-conditioned offices and remote-controlling people. Business is about getting out of your comfort zone and marketing your product,” she says, adding that ladies need to be more aggressive and confident on working with their hands instead of thinking work is for men.

However, cutting her niche in this business did not come easy. Before Wellness as she had first experimented with events management which left her disappointed and depressed. This was in the last months of 2012 when she had just returned from the UK where she had studied, lived and worked since 2009.

About the same time, Ray had a friend who had given birth and was complaining of the negative effects the baby products had on her baby. For example, the oils gave the baby a rash while the diapers were leaking. Adventure is one of her best attributes and she did not waste time in exploring the possibilities of making baby diapers.

“I embarked on aggressive market research and became a regular in the downtown markets where I talked to lots of retailers to widen my scope on the business,” she recalls.

This went on for about nine months before she could identify a company that could do the branding. She was later to travel to Thailand and China to identify a production company.

“The companies in Thailand did not give me audience, claiming I was a starter and they did not want to make losses. So, I moved on to China and together with a friend, we moved to different companies until we found one that offered to make the diapers,” says Ray.

To test whether they would be accepted, she returned to Uganda after one month and gave out the diapers under the guise that a certain producer trying to set up base in Uganda was making them. The feedback was so overwhelmingly positive that production of Wellness Diapers began soon after.

They are the product of Muranda Investments Ltd, a distribution company she started in 2012. Muranda now boasts of 10 staff.

Ray is your typical go-getter who is always looking to bring unique ideas to the table. She is working hard to expand Muranda beyond diapers to include a range of baby and mother products. 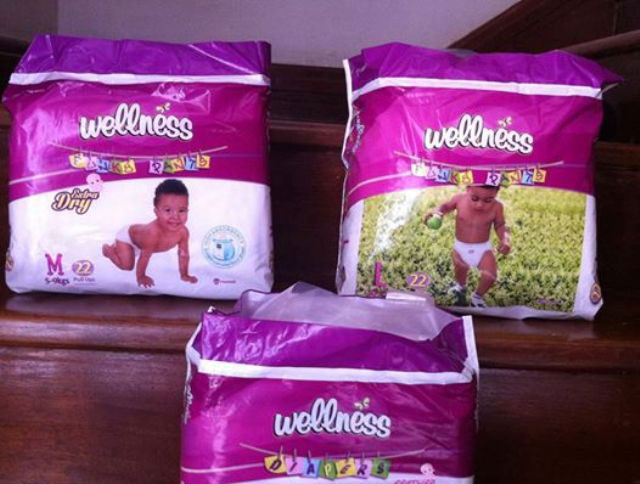 “I want Wellness to be a household name; and for the long term, I am looking at establishing a diaper production factory in Uganda because it is costly producing them from another country,” she observes.

Ray, the third-born of five children, is a daughter to Lillian Asiimwe, a businesswoman and an Italian father. She was born and bred in Fort Portal, where she spent her first three years with her grandmother, only joining her mother in Kampala when it was time to start school.

Ray managed to pull through school, attending Jack and Jill and Shimoni Demonstration School for primary and Kitante Hill School for her secondary education. She completed S6 in 2005 and joined Kampala International University to pursue a bachelor’s degree in Social Work and Social Administration.

Before she could even graduate, she went on to pursue her master’s in International Business and Management at the University of Westminster, UK.
She emerged as the second best in her Accounting class. Three months later, she scooped a job as an investment analyst. And because of her adroitness, what was meant to be a volunteer job became a full-time, paying one for this graduate candidate.

She was paid £3,000 (about Shs 12m) after the first month and increasingly gained favour with her superiors, earning her a place in their high-end meetings. For her impressive success, she was also taken to work in the company’s branch in Hong Kong for a month. Ray then quit, returned to Uganda at the end of 2012 to start her own business.

As a teenager, she did a stint in modelling with Sylvia Owori’s Zipper Models, having been inspired by the models she saw on Fashion TV. Ray was only 15 years old then. Within a month, she was the face of the modelling agency and graced many an MTN advert.

Ray quit modelling at 18 and decided to up her game in books and realising her dreams of self-employment. When she is not slogging away at work, you will find her swimming, socialising, reading or travelling.