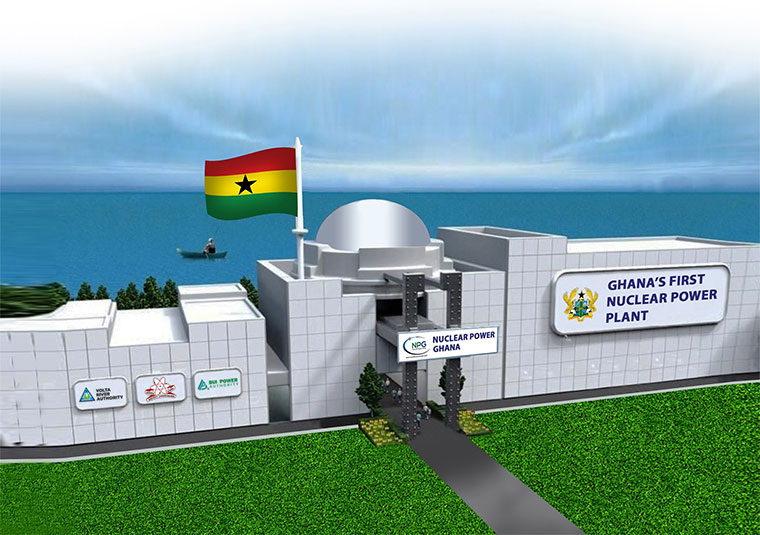 Ghana is narrowing down on the contractor that will build its first nuclear reactor as the West African country vies to become only the second country on the continent with that type of energy connected on its national grid.

The country, where a number of Ugandans at the energy ministry have studied nuclear technology, has attracted interest in a number of companies that answered to the call for the request of information, with top officials at the ministry saying they intend to make a decision this year. Ghana wants to put up a reactor with a capacity of at least 1,000MW.

“Right now, we are at a point where we have to identify our vendor [contractor] quickly,” Robert Sogbadji, the director of Renewable and Nuclear Energy at Ghana’s ministry of Energy, said.

He added: “We have narrowed down to some few companies. We have to also get their financial proposal for further discussions. From there, we will choose one vendor...”

He said this while speaking to The Observer in his office at Ghana’s ministry of Energy. It is not clear when the choice of the vendor will be made, although Sogbadgi is optimistic it will be this year.

Ghana’s progress towards constructing its first nuclear reactor would be a major milestone as that would make it only the second African country after South Africa to produce nuclear.

For Uganda, Ghana’s success in the project will be important because of the many Ugandans who have been trained in nuclear at the University of Ghana.

Uganda has already identified land in Buyende district on which it intends to put up a nuclear energy plant with a capacity of 2,000MW by 2030. That amount is more than the current electricity capacity in the country.

Uganda is currently preparing a nuclear road map to guide the process that will lead to the construction of its first plant. It is likely that Uganda will follow closely events in Ghana at this critical stage for lessons. Uganda’s ministry of Energy and Mineral Development has already selected a company to provide consultancy services for the Strategic Environmental Assessment (SEA) for nuclear power development. The same ministry is looking at ways of compensating people around the land.

Kwame Aboh, the former chief research scientist at the Ghana Atomic Energy Commission, advises countries such as Uganda to ensure that they build local capacity that will give them the strength to negotiate for a good deal and regulate the sector better. He warned that international companies have a way of including baits in their negotiations as a ploy for a country to agree to their demands. Aboh advises Ugandans to be alert.

“It is important to build local capacity to be able to look out for some of these things,” he said in an interview with The Observer, referring to sweet proposals that might later deny the country a better contract. He advised that the Attorney General office, which signs off government contracts, has to be trained in the legal ramifications of nuclear energy. He said the attorney general needs to first of all appreciate the language of nuclear energy.

In both Ghana and Uganda, the quality of the vendor will be important. Ghanaian officials say a vendor who can finance the project will be important, with estimates placing the cost of putting up a 1,000MW reactor between $4 billion and $6 billion.

That amount almost aligns with Uganda’s cost projections. Uganda estimates the 1,000MW of nuclear energy will cost about $4.8 billion. While Ghana is yet to choose the financing model for its nuclear energy project, Uganda is closing in on a sovereign-based model, where government will accord the project land and guarantee the investor to borrow money from international markets.