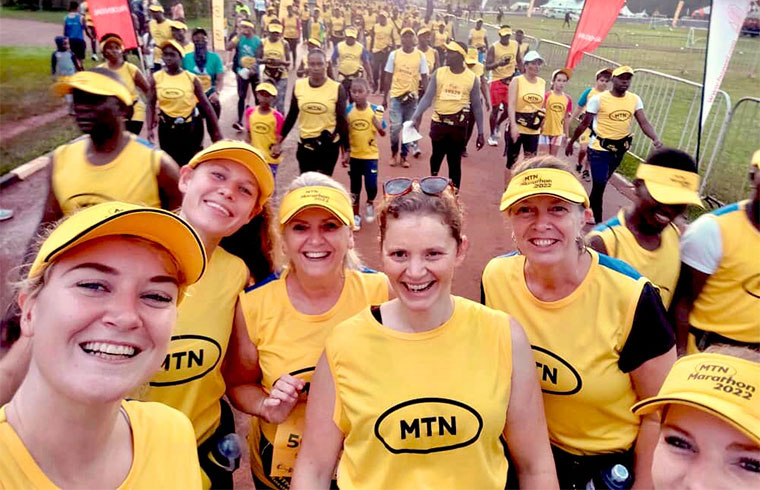 Crowd funding is still trying to find its bearing in Uganda. While the country has witnessed many social gatherings to raise money for activities such as a wedding, businesses find it hard to get the public to chip in when there is a need.

For example, the Uganda Securities Exchange usually witnesses low turnout when there is a bonus issue – an activity that calls on shareholders to purchase more shares in the company.
However, marathons are changing the narrative around crowd funding, as more companies look to tap that segment.

According to Stephen Mwanje, the chairperson and founder of the Rotary Cancer run, the run was established to raise awareness about cancer and also raise funds for the establishment of a second cancer centre in Uganda. The center would provide specialist treatment and early detection for cancer patients.

“Our vision was to build a centre of excellence that would provide the vital early detection and cure of cancer, pre and post-cancer treatment and care and save lives that were being lost needlessly. This vision led to the formation of the Uganda Rotary Cancer Programme (URCP). The Rotary Cancer run was launched in August 2012 as the primary awareness and fundraising vehicle for URCP.”

Progressively, the cancer run has grown from over 100 runners to now attracting 50,000 runners every year. ·In 2015, URCP, supported by partners, completed the construction of the second cancer ward in the country, the Rotary Centenary Bank Cancer Center at Nsambya hospital at $410,000.

Mwanje noted that proceeds from the run have been used to establish a cancer ward at Nsambya hospital and also equip it. He added that together with support from different partners, the proceeds from the run were now directed towards the establishment of the radiotherapy center at Nsambya hospital. The center is estimated to cost approximately $3.8 million when completed.

Somdev Sin, the chief marketing officer of MTN Uganda, said: “The MTN marathon helps sportsmen and people to keep healthy. It is a form of entertainment. People participate in the run to raise money for a cause as they also enjoy time with their families. Giving back to society through a marathon is the purest way of contributing to a social cause. Also, the marathon has provided a platform for emerging athletes to launch their careers. Our marathon is the only one that meets international marathon standards. It has both the full and half marathon (42km and 21km respectively). The wheelchair race is also catered for. There are prizes set aside for the winners in any category of the marathon”.

Barbra Arimi, the head of Marketing and Communications at National Social Security Fund, the organizers of the annual NSSF Kampala  Hash 7 Hills Run, said they had established the run to complement the government’s effort in providing good education to school-going children.

“Proceeds from the previous runs have been used to refurbish dilapidated public Kampala Capital City Authority (KCCA) schools. Every child deserves a good education. The run had been disrupted by the pandemic but we hope to return next year,” she said. 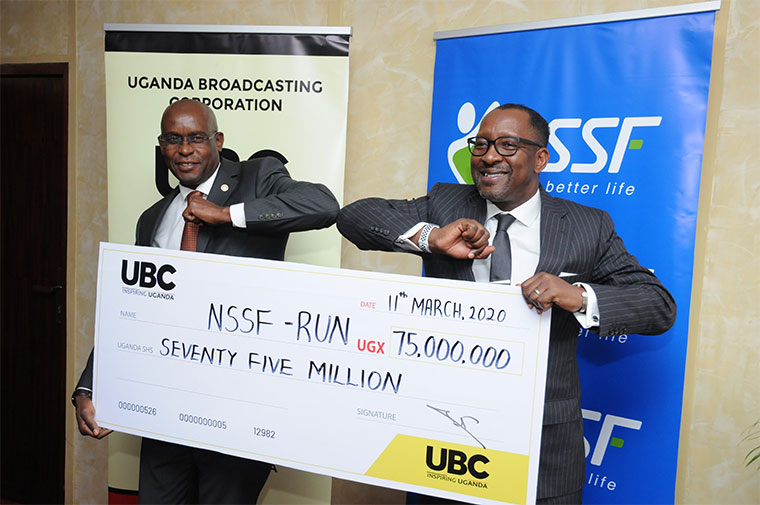 Andrew Muhimbise, a keen runner and fund manager for those who want to participate on the Uganda Securities Exchange, said marathons and runs are a way through which individuals could bring themselves together to address societal problems.

“At the start, we had car washes and now, runs and marathons have sprouted everywhere. People have different causes that they want to associate with. If one has lost a relative to cancer, the cancer run is an avenue for them to at least contribute to creating awareness and also raise. Marathons promote brand awareness, are a cheap and effective way to mobilize timely money for a certain cause…”

Commenting on why some runs attract more numbers and raise more proceeds than others, Muhimbise added, “Institutions like Rotary are diverse with entrenched networks. Rotarians have better connections and are easy to mobilise. It is the same case with the Kabaka run. The Kabaka has a great audience as a cultural leader. It is very crucial for him to rally his subjects around causes like fistula, HIV/Aids etc.”

On the possibility of scaling these runs into bigger marathons, Muhimbise recommended an increase in the prize money for the winners. This, he said, could entice more professional runners to participate in the events hence giving them more visibility.

“People love seeing the impact they have created. Show them what their effort has done and they shall come the next year. Innovation is very crucial to ensure that the numbers keep growing.